As a congressional subcommittee prepares to consider what constitutes grounds for impeachment, more than 400 legal scholars are issuing a report saying the case against President Clinton falls short.

Republicans plan to counter at Monday's hearing of the Judiciary Committee's Constitution subcommittee with their own scholars endorsing the impeachment inquiry.
Nineteen scholars are listed as witnesses to debate what the founding fathers meant when they wrote that "high crimes and misdemeanors" would be grounds for impeachment.

Democrats requested the hearing, saying the Republican-controlled committee should decide what constitutes an impeachable offense before investigating Clinton's conduct in the Monica Lewinsky matter or other charges investigated by Independent Counsel Kenneth Starr.

One of the Democratic witnesses, Georgetown University Law Professor Susan Low Bloch, released a letter on Friday signed by 400 legal academicians arguing that Clinton's behavior does not warrant impeachment.

"The lower the threshold for impeachment, the weaker the president," they wrote to committee members. "If the president could be removed for any conduct of which Congress disapproved, this fundamental element of our democracy, the president's independence from Congress, would be destroyed."

Several Republican witnesses were expected to counter that argument with one of their own: Congress cannot allow a president to remain in the White House who has displayed a pattern of behavior that makes him unfit for office.

"The constitution itself shows that (the) framers would have always regarded lying under oath as a serious matter ... (that) warrants consideration of impeachment," GOP witness John O. McGinnis, a Yeshiva University law professor, says in remarks prepared for Monday's hearing. 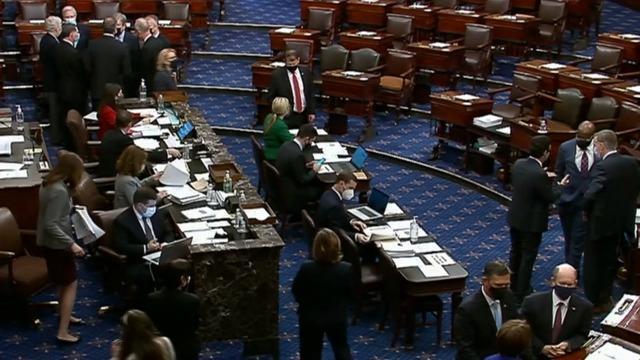 The "vote-a-rama" resumed shortly before midnight on Friday after nearly 12 hours of stalemate within the Democratic caucus over an unemployment insurance benefit.