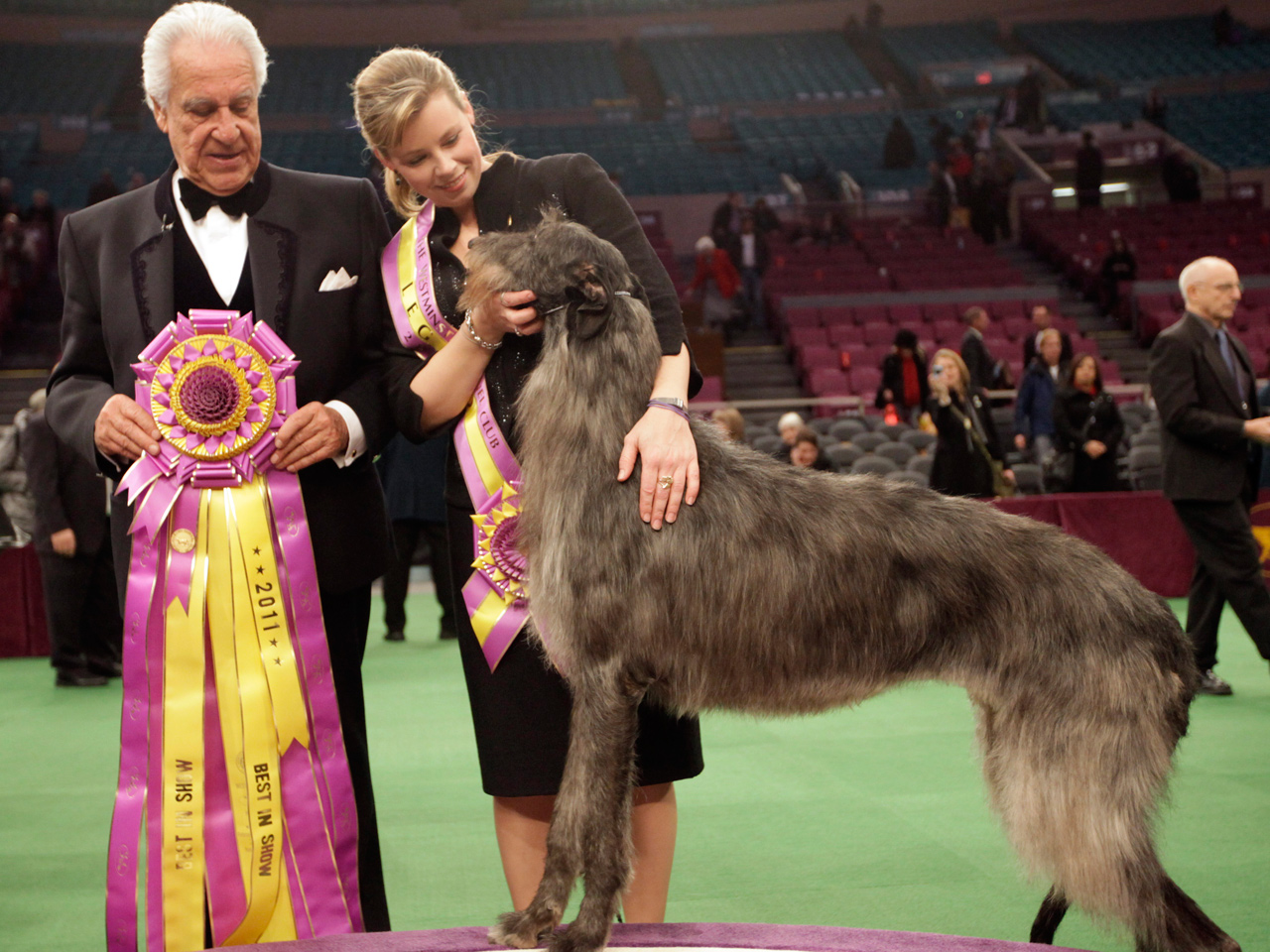 (CBS) When 5-year-old Hickory took home "Best in Show" at this year's Westminster Dog Show, she became the first Scottish Deerhound ever to take home the top prize and snapped a streak of small-dog winners going back years.

Last year's winner, the Scottish Terrier Sadie, is about as far removed from a Deerhound as you can get (the only thing she and Hickory have in common besides being dogs is being Scottish.) The petite Scottie was the runaway favorite - her "Best in Show" win was the last title in becoming the first Triple Crown dog show winner.

The year before that, another pint-sized pooch took home the top prize. Ten-year-old Stump became the oldest dog in the competition to ever win "Best in Show." A Sussex Spaniel, she was hardly larger than her trophy.

In 2008, the adorable Uno received top honors. In this case the breed says it all: Uno is a 15-inch Beagle.

While all the champions deserve to be recognized, it is especially exciting to see a breed as ancient, respected, and, yes,  BIG as the Scottish Deerhound get its due.