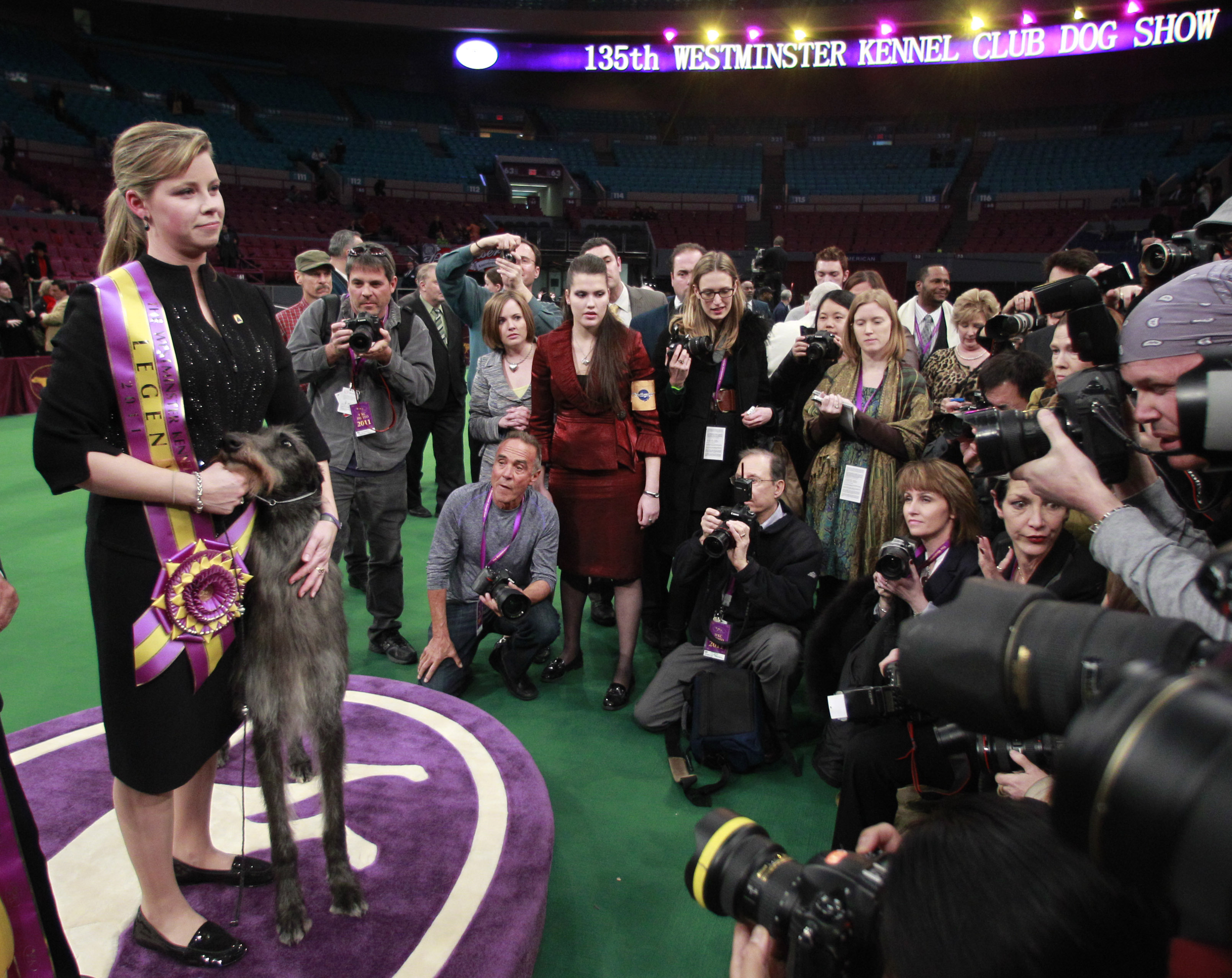 (CBS) Her owner says she's more accustomed to chasing squirrels and deer on a farm than mingling with others in the big city, but a country-dwelling Scottish deerhound named Hickory won Best in Show at the 135th Westminster Kennel Club Dog Show Tuesday night.

The New York Times reports that Hickory's handler, Angela Lloyd said, "She went in there tonight and she showed like she's never shown before."

After the big win, Hickory seemed to tire of the spotlight. The Times reports that after a few moments in the glow of paparazzi flashbulbs, Hickory pressed up against Lloyd and then walked off the stage.