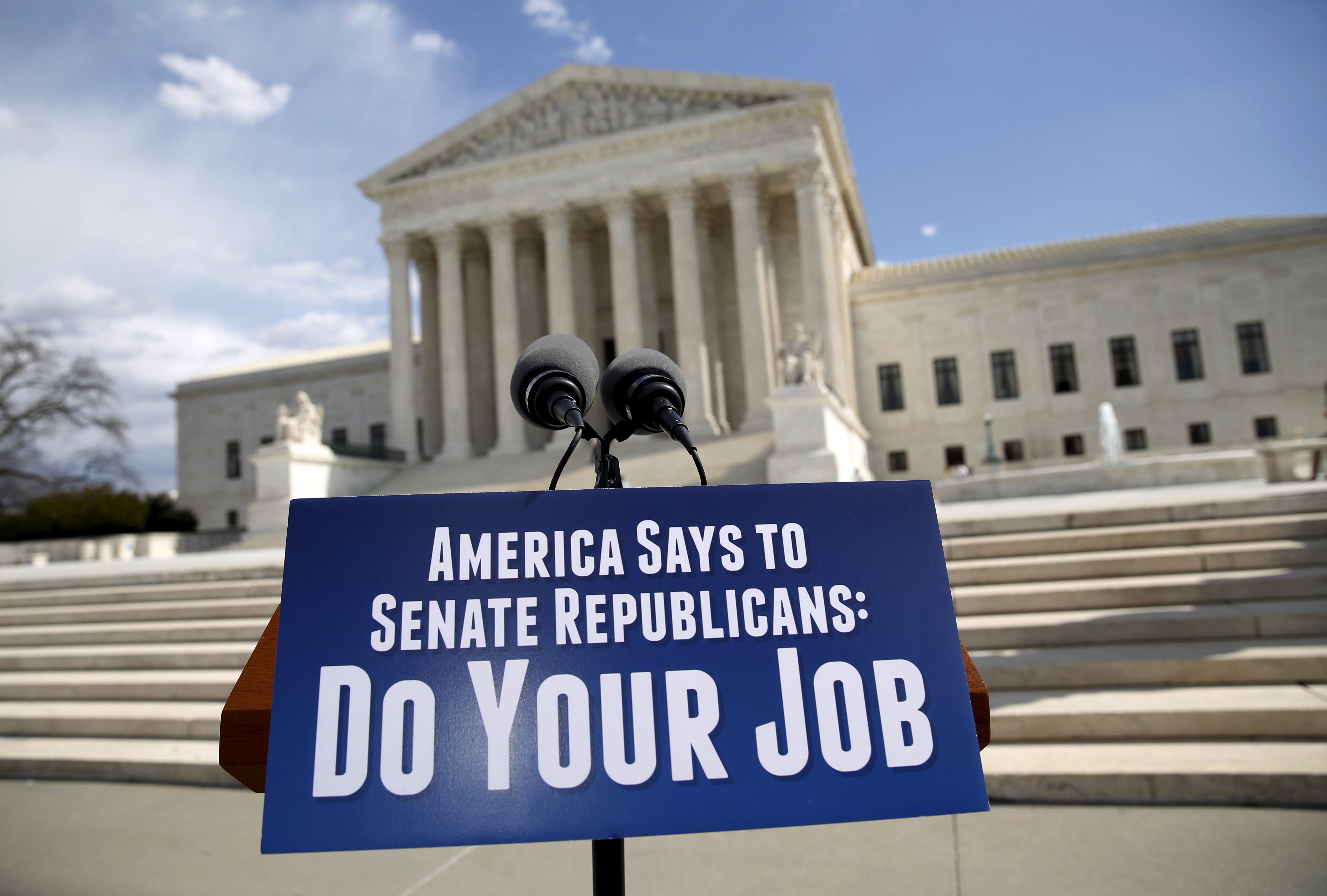 Fifty-three percent of Americans think the U.S. Senate should hold a vote on Supreme Court nominee Merrick Garland, while 42 percent say the Senate should wait for the next president to nominate someone. Most Democrats (75 percent) want a vote now, but most Republicans (65 percent) think it should be held off until next year.

Senate Republican leaders have said they will not hold hearings on any Supreme Court justice nominated by President Obama because they want to wait until the next president is in office. Seventy-three percent of Americans think this is being done for political reasons, while just a quarter say it is because that's what Republican Senate leaders think is best for the country.

Americans across the political spectrum, including a slim majority of Republicans (52 percent) and a large majority of Democrats (90 percent), think the hearings are being held up for political reasons.

Garland is currently the chief judge of the United States Court of Appeals for the District of Columbia Circuit, but he is largely unknown to most Americans. Seven in 10 are undecided or don't know enough about him, but more hold a favorable opinion (21 percent) of him than an unfavorable one (7 percent).

Historically, Americans have been unfamiliar with Supreme Court nominees at this early stage of the confirmation process. When some of the most recent Supreme Court justice nominees were first nominated, majorities did not have an opinion of them either.

The matter of who sits on the U.S. Supreme Court is important to Americans -- more than two-thirds say this is extremely or very important to them. The percentage who says it is extremely important is up 15 points from 2005; shortly before John Roberts was nominated to the Court.

Republicans (49 percent), however, are more likely than Democrats (34 percent) or independents (33 percent) to say it is extremely important to them personally who sits on the Supreme Court.

As the debate continues over whether the U.S. Senate should hold a vote on Merrick Garland, Congress overall still receives dismal ratings from the American public. Three in four disapprove of the job Congress is doing, while only 17 percent approve.

This poll was conducted by telephone March 17-20, 2016 among a random sample of 1,252 adults nationwide. Data collection was conducted on behalf of CBS News and the New York Times by SSRS of Media, PA. Phone numbers were dialed from samples of both standard land-line and cell phones.

The error due to sampling for results based on the entire sample could be plus or minus three percentage points. The error for subgroups may be higher and is available by request. The margin of error includes the effects of standard weighting procedures which enlarge sampling error slightly.