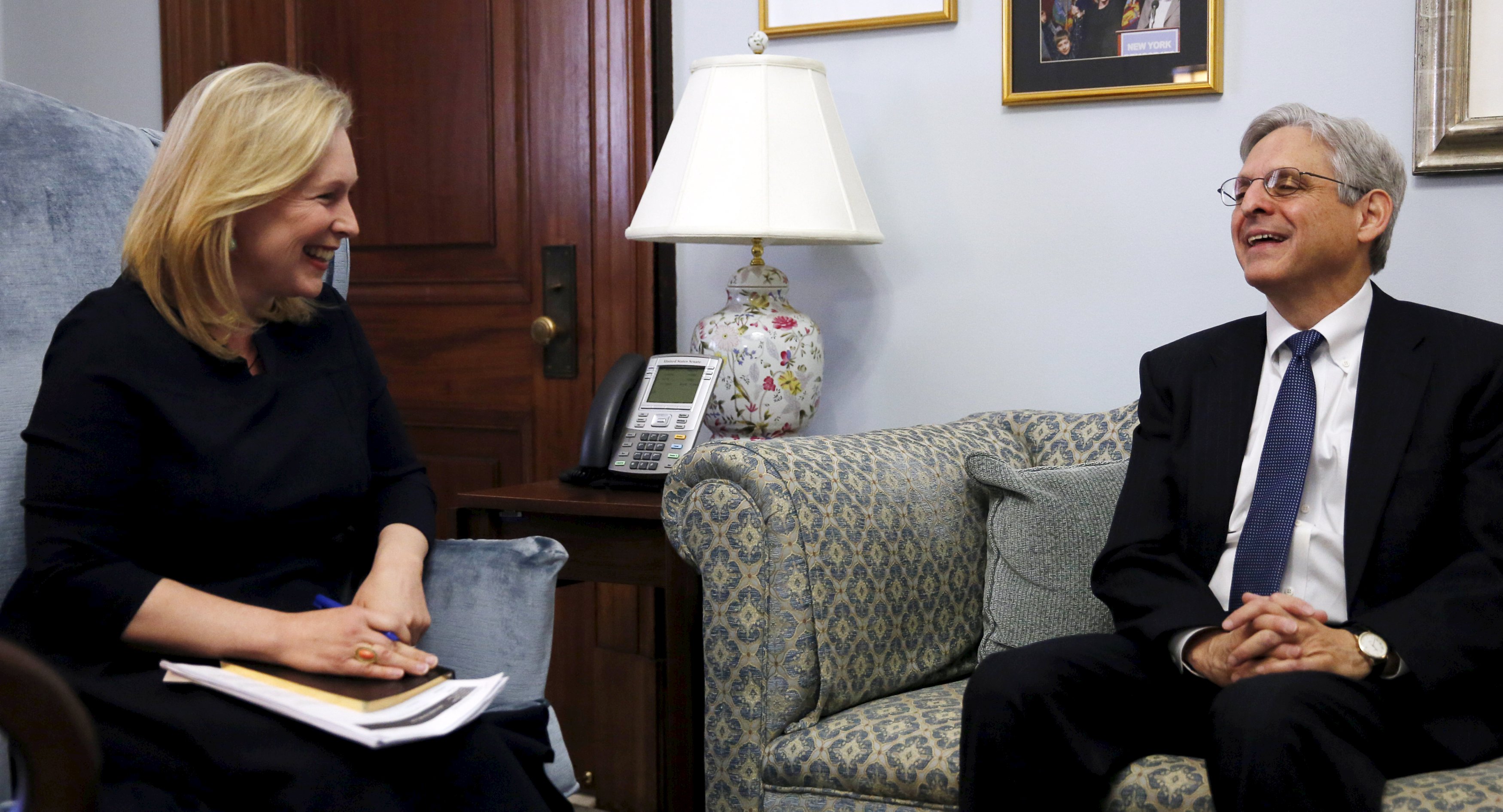 Democratic Sens. Kirsten Gillibrand and Al Franken met Wednesday with Supreme Court nominee Merrick Garland, who has been making the rounds to members of the Senate since President Obama nominated him two weeks ago.

"I was very impressed with him," Gillibrand, senator from New York, told reporters after her meeting on Capitol Hill with Garland. "I think he is a highly-qualified nominee. His jurisprudence is extraordinary and positions him to be an excellent and outstanding justice."

Gillibrand said the Senate is obligated to "not only have a hearing, but to vote on his nomination."

"I think it's our constitutional duty to do our job and vote on this nomination," added Gillibrand, who said she discussed a range of issues with Garland including campaign finance reform, reproductive rights issues and sexual violence issues.

Garland has now met with 10 senators so far: nine Democrats and only one Republican.

While most Senate Republicans are opposed to meeting with Garland and considering his nomination, on Tuesday, Sen. Mark Kirk of Illinois became the first GOP senator to meet with Garland and urged his colleagues to do the same. Sen. Susan Collins of Maine is expected to meet with him soon and said in a radio interview Tuesday that she is "perplexed" by Senate Majority Leader Mitch McConnell's decision to refuse consideration of Garland's nomination because Hillary Clinton or Donald Trump could appoint a nominee that senators might find less favorable.

In addition to Gillibrand and Franken, the other Democrats who have met with Garland are Senate Minority Leader Harry Reid of Nevada and Sens. Patrick Leahy of Vermont, Chuck Schumer of New York, Bob Casey of Pennsylvania, Amy Klobuchar of Minnesota, Ben Cardin of Maryland and Joe Donnelly of Indiana.

Garland, 63, has served as the chief judge on the U.S. Court of Appeals for the District of Columbia for the last three years. He has served on the D.C. appellate court since 1997, when he was nominated to the bench by former President Bill Clinton. He was confirmed by the Senate in a 76-23 vote, which included seven Republicans, who still serve in the Senate, who voted in favor.