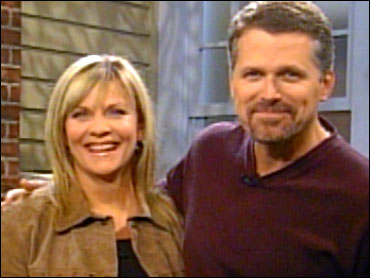 In The Early Show's Soap Star Screen Test, you, the viewer, will decide who may become daytime TV's next big thing by awarding a role on CBS' "Guiding Light" to a lucky auditioner.

Earlier this fall, auditions were held at five college campuses in search of the talent you'll be watching all week. In all, you will see live performances from the 10 finalists.

Helping our student hopefuls each day will be a couple of stars from "Guiding Light." On Monday, it was Kim Zimmer and Robert Newman, who play the ever-popular Reva and Josh.

Morse was nervous, but it worked for him. He said, "I got the best advice from Kim before the show. She said if she ever stopped getting nervous, she would quit because that's just part of it. I was nervous and I did the best I could."

Newman remembered his first audition, he said, "I just blew a line and did something in the middle of it and that is one of the reasons the director said, 'We want that guy."

McCarney was more at ease with her performance. "It was great. I thought I would be more nervous by I wasn't," she said. Pointing at Newman, she added, "He's a great partner to work with."

You can see these The Early Show auditions as well as the auditions that got them into the contest in the first place by clicking at right.

You can vote here for your favorite male and female performer after Friday's show. The winners will be announced Monday, Nov. 17. They will receive roles on "Guiding Light" next summer.