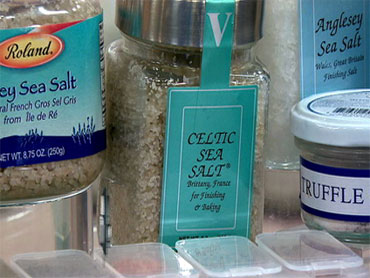 Wendy's restaurants across the country were to unveil a new type of French Fries Thursday with a particularly trendy ingredient -- sea salt.

And it's not just Wendy's featuring the more natural version of an age-old ingredient - everyone seems to be getting into the act!

Flay offered taste tests in a New York City market and to the "Early Show" anchors and, in many cases, he was proven right - folks couldn't tell the difference.

He also explained the ins-and-outs of sea salt as opposed to table salt, noting that, unlike what sea salt producers would have you believe, the stuff isn't any healthier than table salt, but costs more.

The main difference, Flay says, may be -- marketing: