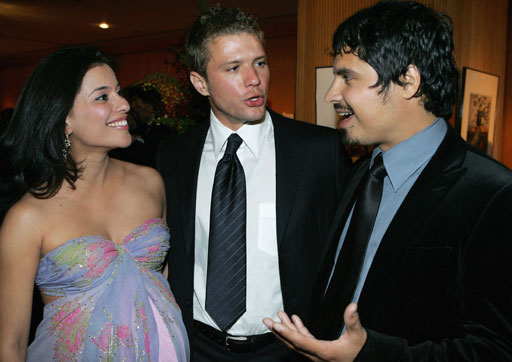 Jon Kitna might be good enough to save Dennis Erickson's job.

Kitna threw two touchdown passes and drove Seattle into position for a winning field goal with one second left as the Seahawks beat Tennessee 20-18 Sunday to stay in contention for a playoff bid.

"He amazes me," Erickson said of Kitna, a free agent he discovered playing NAIA football at Central Washington University when he went to see his nephew play fullback at the school. "He has an uncanny ability and doesn't get rattled."

"Thinking's overrated," Kitna said. "You just have to play."

Kitna, the former free agent who replaced the benched Warren Moon at quarterback, was 24-of-39 for 298 yards and two touchdowns with one interception in his second career start.

"I guess I've got to give Jon Kitna the credit for winning this game," Tennessee coach Jeff Fisher said. "He obviously was the difference."

The Oilers (6-6) scored with 4:59 left on a 3-yard un by Steve McNair, but Eddie George was shoved out of bounds short of the goal-line when he attempted a 2-point conversion.

McNair, who was 18-of-34 for 199 yards, marched the Oilers from their 34 to the Seattle 25 to position Del Greco for his fourth field goal of the game.

"When you go up with a minute to go, you'd think the game would be ours," McNair said.

While the Seahawks seemed to have little chance when they got the ball back, Kitna was equal to the task. The key to the winning drive was the first play. Kitna completed a 19-yard pass to James McKnight and then defensive end Kenny Holmes was penalized 15 yards for roughing the passer, giving Seattle the ball on the Tennessee 38.

Referee Dick Hantak told Holmes he was penalized for hitting Kitna in the helmet with his helmet.

"It decided the game," Holmes said of his penalty. "But I didn't think it was a penalty. It was a legal hit."

Said Kitna: "At Central or in the World League, they don't call that."

The Seahawks won in spite of themselves.

With 16 seconds left, they had a third-and-5 at the Tennessee 33 with 12 seconds to go, but were called for two five-yard penalties - a delay of game and guard Pete Kendall's false start. That seemingly put them out of field goal range.

But on third-and-15 at the Oilers' 43, Kitna completed a 13-yard pass to Mike Pritchard, who ran out of bounds at the 30 with six seconds left.

Kitna, a former star in the World League, passed to Joey Galloway in the flat and Galloway turned it into a twisting 7-yard TD reception to put Seattle ahead 10-6 with 6:02 to go in the third quarter.

The Oilers led 6-3 at halftime as Del Greco connected on two field goals.

The game was halted for 18 minutes in the third quarter after Tennessee's Denard Walker suffered a severe concussion when he was run into by Seahawks tight end Christian Fauria beore Fauria caught a pass. Walker was removed from the Kingdome's field by ambulance after he lay motionless on the turf. He was taken to Seattle's Harborview Medical Center, where he had X-rays.

But hospital officials released Walker in time for him to return with the team to Nashville.

"We ran into each other and I just kept running," Fauria said.

The Seahawks won despite turning the ball over twice inside the Tennessee 25.

Walker intercepted Kitna on the next-to-last play of the first quarter in the end zone after Seattle got to the Oilers' 25.

On the play Walker was injured in the third quarter, Fauria fumbled at the 1 after being hit by Perry Phenix and Joe Bowden recovered at the 11.

Tennessee running back Eddie George rushed for 76 yards on 19 carries and also caught five passes for 64 yards despite being poked in the eye by Seahawks safety Jay Bellamy in the third quarter that forced him to sit out two series with blurred vision.