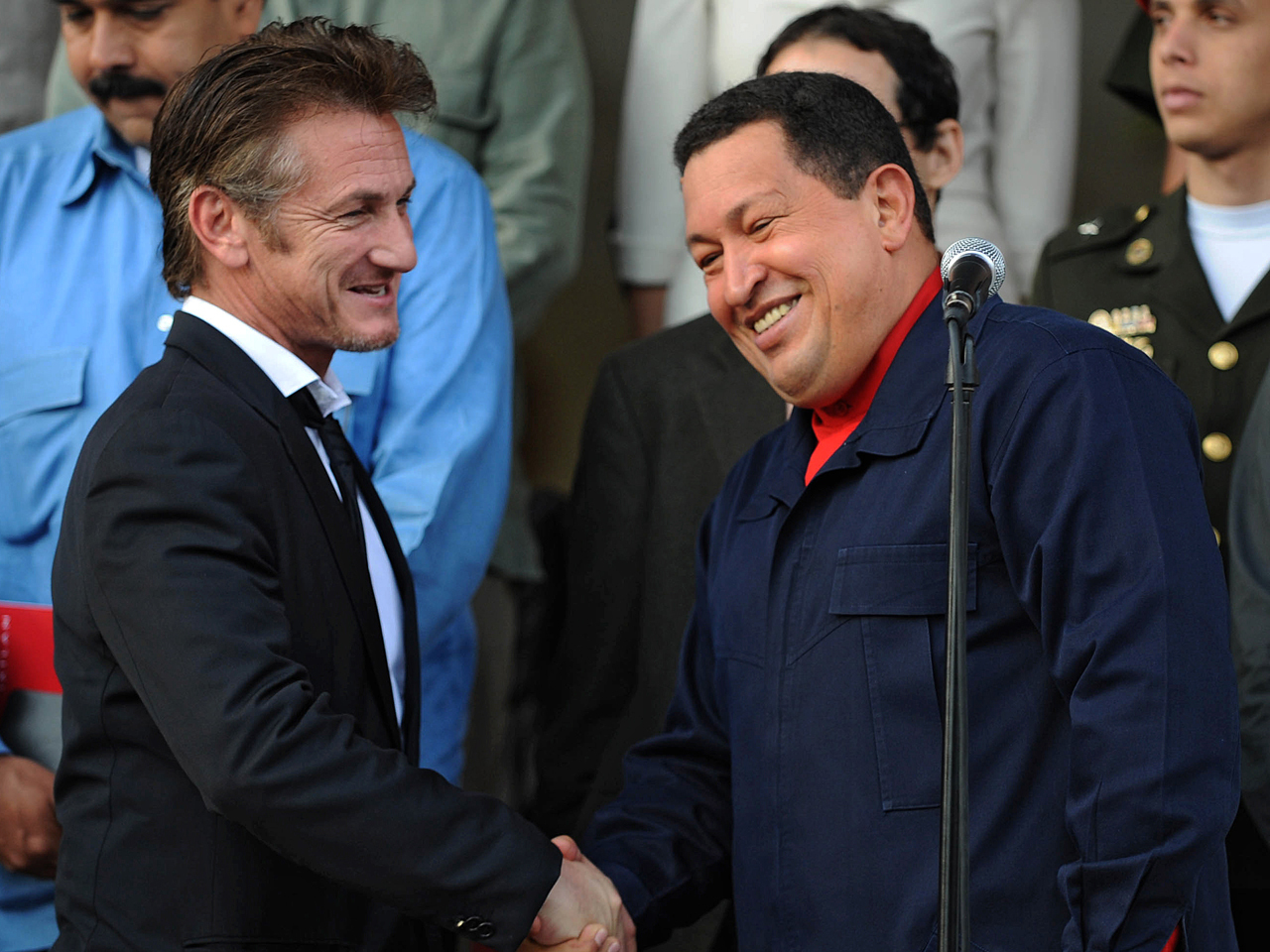 Sean Penn has paid tribute to Venezuelan president Hugo Chavez following his death Tuesday at the age of 58 after a long battle with cancer.

"Today the people of the United States lost a friend it never knew it had. And poor people around the world lost a champion," Penn said in a statement to The Hollywood Reporter. "I lost a friend I was blessed to have. My thoughts are with the family of President Chavez and the people of Venezuela."

The actor added, "Venezuela and its revolution will endure under the proven leadership of Vice President Maduro."

Penn, who first met Chavez in 2007, attended a candlelight vigil for the health of the Venezuelan leader in Bolivia in December, reports said.

Stone, who produced the 2009 documentary "South of the Border" about Chavez and his leftist allies, wrote on Twitter:

Of their meeting at the Venice Film Festival in 2009, Moore added: