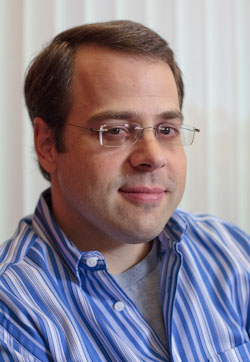 The search has begun for a new Mozilla leader now that Chief Executive John Lilly has announced plans to step down later this year.

Mozilla Chairman Mitchell Baker announced the management change and search process in a blog post Tuesday. The announcement timing is intended "to make this process more open than is generally the case and is a reflection of the uniqueness of Mozilla as a public benefit organization dedicated to openness and participation in Internet life," she said. Even after he does step down, Lilly will stay on the Mozilla board, Baker said.

The news, reported earlier by All Things Digital, came just after Mozilla announced details for its Firefox 4 release, also planned for later this year. Mozilla plans to make the browser faster, tidier, and a better foundation for Web applications. About 400 million people now use Firefox, Baker said.

Lilly joined Mozilla close to five years ago and was promoted to CEO in 2008. He's becoming a partner at venture capital firm Greylock Partners later this year, he said in a blog post Tuesday.

"Venture investing is what I've wanted to do for quite a long time--I've been involved in many startups, even building an incubator a decade ago, and have interests that span enterprise, open source, and the broader web, among others," Lilly said.

Firefox has risen to become an established power in the browser world, accounting for about a quarter of browser usage. It's used that clout to promote the idea that Web developers should create pages conforming to Web standards, not to the particularities of Microsoft's Internet Explorer, which remains dominant despite the gradually shrinking usage.

But Lilly's successor will face a faster-paced browser development market and other different challenges than Lilly did.

Read the rest of this piece at CNET News.com.