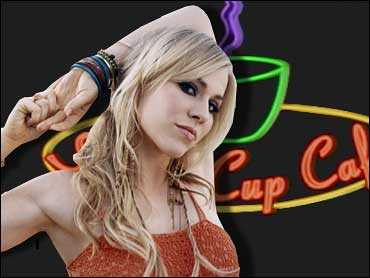 The New Zealand native has hit it big in Great Britain. Her first single, "These Words" was a recent top-10 hit and her new single, the title track off her debut CD, "Unwritten," is currently at number 13 and climbing.

Bedingfield, 23, is following the tradition of British female singer-songwriters Annie Lennox and Dido, in aiming for lyrical honesty and vocal clarity in her music. Record buyers throughout Europe and beyond have responded to those qualities in droves.

"Unwritten" has gone triple platinum in the UK and is making waves in the U.S. And her single "These Words" has been a major hit in almost a dozen countries from Australia to New Zealand.

Natasha is the younger sister of UK pop star Daniel Bedingfield (who achieved U.S. success in 2002 with the hit "Gotta Get Through This" and "If You're Not the One") and is loving the response to her work.

"I'm blown away by how well my first record has done. I think there's an honesty in what I'm writing and singing about. I'd like to think that this is what the audiences relate to," she says.

This summer, Bedingfield embarks on her very first U.S. tour.