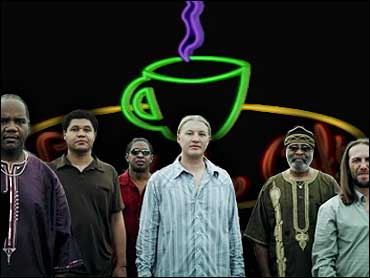 Many musicians struggle for years to get their first paying gig, but not Derek Trucks.

According to his official biography, Trucks picked up his first guitar at age 9 for $5 at a yard sale. Within a year, Trucks became skilled enough at the instrument to begin touring ... with his dad keeping a watchful eye as road manager and chaperone.

By the age of 12 he had formed his first band.

The current Derek Trucks Band has been together for more than a decade and is out with their sixth album, "Songlines," and an accompanying DVD. They visit Second Cup Café to play selections from the album.

The band has been something of a work in progress over the years, picking up additional musicians along the way and experimenting with multiple genres of music.

In addition to Trucks, the band consists of Todd Smallie on bass, Yonrico Scott on drums, Kofi Bubridge on flute, vocalist Mike Mattison, and Count M'Butu on percussion.

It's difficult to put a label on the band's music, although they state they aim to "create progressive roots music in an effort to move the art form forward and re-establish substance over hype." Their musical mix includes jazz, rock, blues, Latin, Eastern Indian, and other world music.

Although he has a somewhat unorthodox style of playing, Trucks remains the youngest player to make Rolling Stone's "100 Greatest Guitarists of All Time" list.