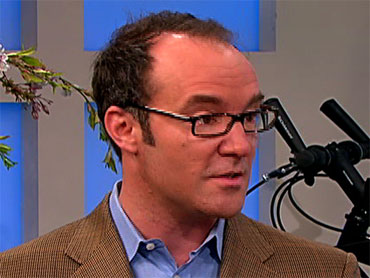 Nicholas Jonas is the featured performer on this week's Second Cup Cafe.

Also known as "The Broadway Kid," the 12-year-old singer/actor has starred in four Broadway plays including the wildly popular and long-running "Les Miserables" and "Beauty and the Beast."

He performs songs "Time For Me To Fly," "Dear God," and "Please Be Mine" from his debut album with his older brothers Joseph, 15, and Kevin, 17.