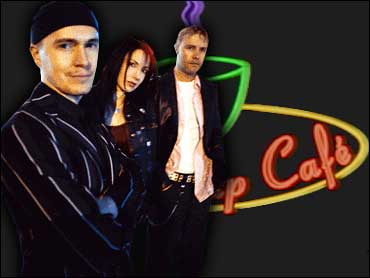 You probably have never heard opera performed like this.

The East Village Opera Company, which is comprised of a five-piece band, a string quartet and two vocalists, offers hard-hitting arrangements of opera's greatest hits in their original languages.

These include such familiar tunes such as "La donna e mobile" from "Rigoletto," "Habanera" from "Carmen" and "Nessun dorma" from Turndot.

The company is performing in The Saturday Early Show's Second Cup Café.

The East Village Opera Company, which debuted in New York in 2004, was co-founded by Tyley Ross, the lead singer, and Peter Kiesewalter, a musician and arranger who plays several instruments. The company's other vocalist is AnnMarie Milazzo.

Ross has said that the company's goal is "to approach these songs the way we feel the composers would were they alive today."

For more information about the East Village Opera Company, visit its Web site.