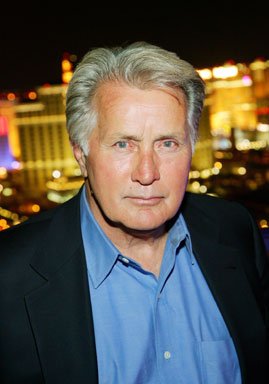 Buoyed by this week's legislative wins on energy and patients' rights, President Bush looked back on his first six months in office Friday, claiming his administration had made "progress that touches every American family."

Speaking to reporters in the Rose Garden, Mr. Bush said, "Together with Congress, we're proving that a new tone, a clear agenda and active leadership can bring significant progress to the nation's capital. We're ending deadlock and drift and making our system work on behalf of the American people.

The 5-minute address was meant to celebrate the accomplishments of his first half-year in office and sketch an agenda for the remaining half.

"Within a limited budget, we must have an active, compassionate government," Mr. Bush said. "Beginning in September, I'll be proposing creative ways to tackle some of the toughest problems in our society."

The president begins a month-long vacation at his ranch in Crawford, Texas, on Saturday.

Click here to learn more about the Bush presidency.
Looking ahead to fall battles over the appropriations bills that keep government running and other legislation, Mr. Bush warned lawmakers against "irresponsible spending" and partisanship.

"Americans know obstructionism when they see it and, when necessary, I will point it out," he said.

The president celebrated passage earlier this year of an across-the-board income tax cut and action in Congress on education, energy and health-insurance legislation.

"We're ending deadlock and drift and making our system work on behalf of the American people," he said.

Mr. Bush identified only vague policy areas that he will address in the fall:

The president's recent legislative victories — coming on the heels of his $1.35 trillion tax cut — might be helping Mr. Bush's image. A Washington Post-ABC News Poll showed Mr. Bush has a 63 percent personal favorability rating and 59 percent job approval rating, his highest numbers since April and better than Mr. Clinton at this point in his term.
The 107th Congress.
But even where he has won, the president will have to keep on fighting. The energy plan faces stiff opposition in the Senate, where many oppose drilling in the pristine Arctic refuge. The patients' rights bill heads to coference committee, where it must be reconciled with a Senate version less favorable to HMOs.

Other outstanding issues include Mr. Bush's education plan and his faith-based initiative.

The education bill is still under construction. Senate and House negotiators have begun to work out differences between their two versions of the education legislation. Both sides are billions of dollars apart.

Mr. Bush's plan to let religious charities bid for a wide range of government social service contracts — already passed by the House — is a priority for the White House but not for the Democratically controlled Senate. Majority Leader Tom Daschle, D-S.D., has said the bill might not come up for a vote this year.