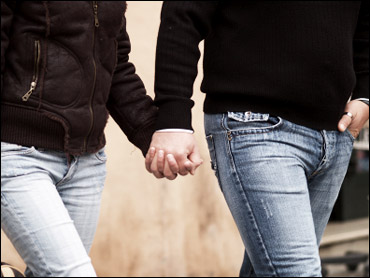 Teens who are frequent self-cutters are also more likely to engage in risky sexual behaviors and have a greater HIV risk than teens receiving psychiatric treatment who have cut just a few times, new research suggests.

In 2005, Brown and colleagues from the Bradley Hasbro Children's Research Center in Providence, R.I., first reported the link between self-cutting and sexual risk taking in a study involving close to 300 teens undergoing intensive psychiatric treatment.

Self-cutters were three-and-a-half times more likely to report infrequent condom use than teens who did not self-cut.

The newly published research included only the teens from the earlier study who had engaged in self-cutting, classifying them as either frequent or infrequent self-cutters.

The researchers found that frequent self-cutters - those who had cut themselves more than three times - used condoms less consistently, were more likely to share cutting instruments, and reported less overall self-restraint than the infrequent cutters.

"There were very real clinical differences among kids who cut habitually - those who really did it as a habit - and those who had done it in ways that they described as experimental," Brown says.

It is not clear how many teens and adults engage in self-mutilation by cutting their skin with knives, razor blades, or other sharp objects.

What is clear is that the practice is not uncommon, especially among teenage girls.

Awareness of the issue has also grown as celebrities no less famous than Princess Diana and Angelina Jolie have publicly acknowledged engaging in cutting during their teenage and early adult years.

In a 2002 study, 14 percent of the 440 adolescents surveyed said they had practiced some form of self-mutilation, with self-cutting reported most often.

It is also clear that while some teens cut themselves over and over, many others may try cutting a few times and abandon the practice.

"Little is known about whether adolescents who experiment with self-cutting once or twice engage in the same level of risk behaviors as those who repeatedly self-cut," Brown and colleagues write.

Their attempt to answer this question resulted in the new research, which appears in the June issue of Developmental and Behavioral Pediatrics.

Of the 293 teens who took part in their 2005 study, 105 had a history of self-cutting. Just over half of these patients (53 percent) were female, 88 percent were white, and 48 percent had a primary diagnosis of a mood disorder.

Roughly 39 percent of the self-cutters had cut four or more times, with the average number of episodes in these frequent cutters being 19.

Nearly three-quarters of the frequent cutters were female, and more than a quarter were nonwhite - a surprising finding, the researchers say, given the fact that almost nine out of 10 cutters were white.

"All of these kids had psychiatric disorders, so they were at high risk to begin with," Brown says. "The fact that [habitual cutting] identified a group that is at even greater [sexual] risk is very interesting."

Psychologist Lori G. Plante, Ph.D., tells WebMD that it is not a big surprise that habitual cutters are also at high risk for other risk-taking behaviors.

An assistant clinical professor at Stanford Medical School, Plane is also author of the 2007 book, Bleeding to Ease the Pain: Cutting, Self-Injury, and the Adolescent Search for Self.

"Habitual cutting is a way of managing intense emotional distress," she says. "It makes sense that the level of impulsivity and risk taking would also be higher in these teens."

The finding that many teens try cutting only a few times and abandon the practice also comes as no surprise to Plante.

"I have seen many, many kids who are brought to see me because of cutting who never cut again," she says. "There is some level of social contagion in this, with kids trying it because their friends are."

But even if one- or two-time cutters are at lower risk for other risky behaviors, as Brown's study suggests, cutting should never be ignored, she says.

"If an adolescent cuts once it doesn't necessarily mean cutting is going to become an intractable problem, but it is still a warning sign that they are overwhelmed in some way," she says. "They need to be assessed by a professional."