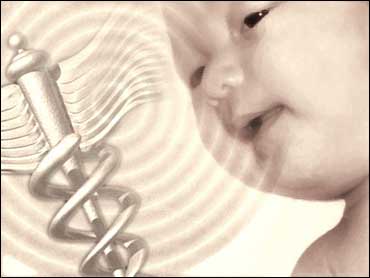 A sellout crowd of more than 50,000 gathered at Pro Player Stadium to hear Don Shula, John Elway, Terry Bradshaw and others pay tribute to the most prolific passer in NFL history.

"I hope you all are having a great time, because I am," Marino told the crowd. "I'll never forget this night."

The three-hour program was arranged by the Miami Dolphins after Marino reluctantly retired in March. Despite chants from the crowd of "One more year! One more year!" the event reinforced the reality that his career is over after 17 NFL seasons, all with the Dolphins.

Marino's voice broke with emotion as he thanked the fans, while his wife, Claire, cried.

A series of knee operations and other leg injuries prompted his decision to quit. Shula, who coached Marino from 1983 to 1995, warned that the transition to retirement won't be easy.

"All of a sudden on Sunday afternoon, there's nothing to do," Shula said. "It's sort of a helpless feeling. There's nothing you can do to fill the void that's left from doing something so exciting for so many years."

The tribute brought together for the first time all six members of the quarterback class of 1983 Marino, Elway, Jim Kelly, Ken O'Brien, Tony Eason and Todd Blackledge. They're remembered as the best group of quarterbacks to be drafted in one year.

"When Danny came in his rookie year and set the world on fire, he set the bar awful high for the rest of us in the class," Elway said. "From that point on we were all chasing Danny."

"When he was on the other sideline," Kelly said, "he brought fear to everybody."

The six former quarterbacks and their wives had dinner together Tuesday, swapped stories and ended the night dancing.

"The stories get better and better as you get older," Marino said with a laugh.

Also attending the tribute were more than 50 former Dolphins. There was a performance by Marino's favorite band, Hootie and the Blowfish, and he sang backup vocals on "Mustang Sally" and "Long Train Running."

The night ended with a fireworks display. Fans paid $2 apiece, with proceeds going to the Dan Marino Foundation, and many in the crowd paid tribute to him by wearing a Dolphins jersey with his number 13.

"The love you show Dan tonight is unprecedented," Bradshaw told the fans. "Hats off to Miami."

The crowd booed when Dolphins owner Wayne Huizenga was introduced. He's still a target of scorn in South Florida for dismantling the Florida Marlins' 1997 World Series championship team before selling that franchise.

Fans also booed a video image of former Dolphins coach Jimmy Johnson, who feuded with Marino last season and didn't attend the event. There were good-natured jeers for Kelly, whose Buffalo Bills spoiled more than one Dolphins season, and O'Brien, who engaged in several memorable shootouts against Marino with the New York Jets.

But otherwise it was a night of cheers and a few tears. The event gave Miami fans a chance to thank Marino - and vice versa.

"Playing in one city for 17 years and fulfilling some of the dreams you had as a kid, being a professional quarterback, wanting to be successful in front of the fans in Miami, it's a special relationship," he said. "I feel I'm part of the atmosphere of this stadium."