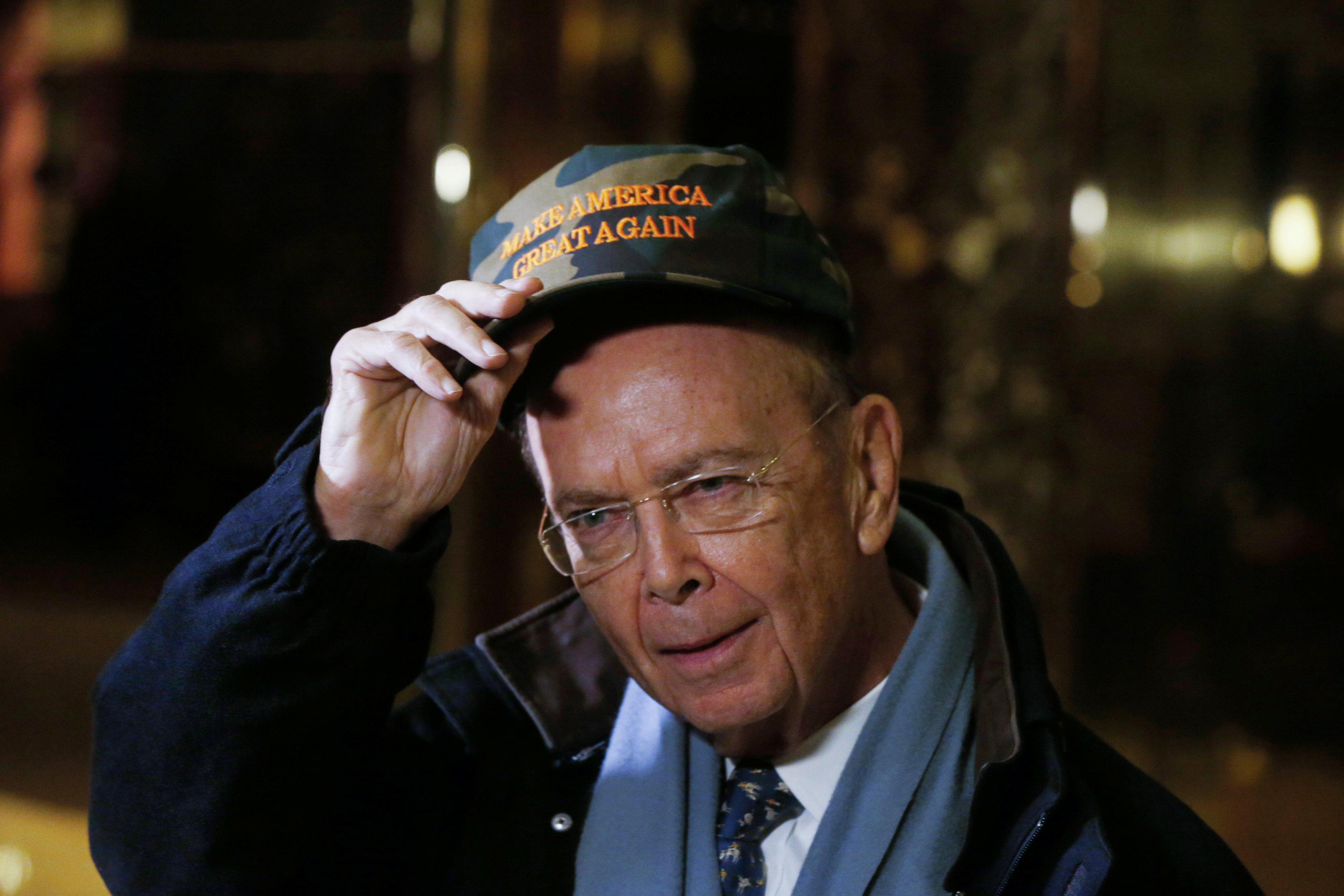 Billionaire Wilbur Ross drew some praise from Sen. Bill Nelson, D-Fla., for agreeing to divest the vast majority of his business holdings and resign from nearly 50 boards and organizations if he is confirmed as the Commerce secretary.

Now, Nelson says he hopes President-elect Donald Trump will follow his example. Nelson is the lead Democrat on a Senate committee holding a confirmation hearing for Ross on Wednesday.

Mr. Trump will put his business assets in a trust but will hand over the management of his international real estate development, property management and licensing company. The Office of Government Ethics recommends that Trump sell of his businesses and put the proceeds in a blind trust.

Nelson says Trump should eliminate any business dealings that could pose a potential conflict of interest.

Unlike his soon-to-be boss, the choice for commerce secretary has agreed to divorce himself from a vast financial empire.

Ross can expect questions about his business dealings at his Senate confirmation hearing. Senators also plan to quiz Ross on trade, and how he plans to make good on President-elect Donald’s Trump’s promise to boost American exports.

Worth an estimated $2.9 billion, Ross has extensive business ties around the globe. Supporters say that makes him ideal to represent American business interests abroad. Chairman of the Commerce Committee, Sen. John Thune, R--S.D., has praised Ross’ private sector management experience, and will focus on trade issues during the confirmation hearing.

Ross has signed an ethics agreement with the Office of Government Ethics, which posted it on its website Tuesday evening. In it, he agrees to divest from 40 different businesses and investments within 90 days of being confirmed. He agreed to divest from another 40 within 180 days.

Among the businesses he will separate himself from is WL Ross & Co., the private equity firm he founded in 2000.

Mr. Trump has had a run-in with the head of the ethics agency because he says he won’t completely divest himself from his business empire. Instead, Trump says he will turn control of his business over to his sons.

The commerce secretary has several roles in promoting American business interests in the U.S. and abroad. The department works on trade issues, working to attract foreign investment in the U.S. The department also oversees agencies that manage fisheries, weather forecasting and the Census Bureau, which will conduct a census in 2020.

Ross grew up in an affluent New Jersey suburb before heading to Yale University, Harvard Business School and Wall Street.

His private equity firm buys failing companies and repairs them to make them presentable to investors. The firm then sells the investment through a sale or public offering.

Much of the firm’s work is in struggling industries, including textiles, subprime mortgage servicing, steel and coal.

Ross is a specialist in bankruptcies, and he played a role in helping Trump when the president-elect’s bad bets in the Atlantic City casino industry put him on the verge of losing everything.

Ross headed the restructuring practice at investment banking firm Rothschild Inc., when he persuaded creditors to drop a plan to strip Trump’s name and ownership from the Taj Casino, a victory that set the stage for Trump’s eventual resurrection.

According to his profile, Ross joined Twitter in December and has written exactly one tweet: “I look forward to working with @realDonaldTrump to restore fair trade & stand up for USA jobs if confirmed as Secretary of Commerce.”