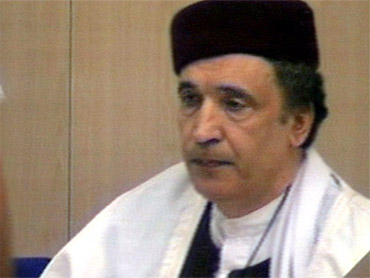 (AP)
In a symbolic gesture that comes on the day that Libyan leader Moammar Qaddafi addressed the United Nations General Assembly in New York, the Senate unanimously passed a resolution condemning the release of Abdel Baset al-Megrahi, who was convicted for his role in the bombing of a Pan Am airplane over Lockerbie, Scotland.

The Lockerbie bombing killed 270 people, the majority of them Americans. Last month, a Scottish official ordered the release of al-Megrahi, who has prostate cancer. When al-Megrahi arrived in Libya he was greeted as a hero.

The Senate resolution also calls on Libya to apologize for the celebrations of al-Megrahi's release.

In his U.N. address, Qaddafi called the Security Council the "Terrorism Council" and suggested it had been used to "terrorize" developing nations.

Obama Calls for "Walls to Come Down"