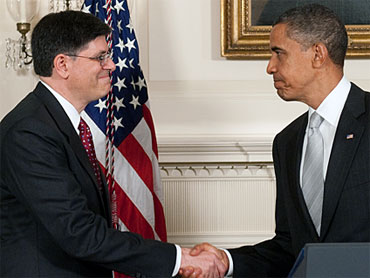 President Barack Obama's choice for budget director won Senate confirmation Thursday after a senator ended her protest over the administration's moratorium on deep-water oil and gas drilling in the Gulf of Mexico.

The Senate confirmed by voice vote Jacob Lew as director of the Office of Management and Budget. A deputy secretary of state, Lew served as budget director for nearly three years in the Clinton administration.

Obama welcomed the news of Lew's confirmation and praised Lew's "unparalleled experience and wisdom" to right the economy.

"After years of irresponsibility in Washington, we need to make the tough choices to put our country back on a sustainable fiscal path and lay the foundation for long-term job creation and economic growth," Obama said in a statement. "I am confident Jack Lew can lead us in these efforts, and look forward to working with him in the days ahead."

Obama nominated Lew last July after Peter Orszag resigned. Sen. Mary Landrieu, D-La., had held up his confirmation to protest the six-month moratorium on deep-water oil and gas drilling in the Gulf. Even though the administration lifted the moratorium Oct. 12, Landrieu said she remained displeased with new rules for drilling operations.

On Thursday, Landrieu cited "notable progress" in her talks with the Interior Department and said that some shallow water permits had been issued in recent weeks. She said she had a commitment from Interior Secretary Ken Salazar to travel to Louisiana next week and provide some clarity to the rules.

"I figured it would get their attention," Landrieu said of the hold, "and I think it has."

Lew faces a far different economic climate today than he did in the Clinton administration. Then, he served during an era of surpluses that were fueled by the revenue boom of the late 1990s. Federal coffers were so flush that policymakers pressed to put extra Social Security revenues into a "lockbox" so that they wouldn't be used to fund other programs.

Before joining the Obama administration, Lew was a hedge fund manager for Citigroup.

Secretary of State Hillary Rodham Clinton recruited Lew to serve as deputy secretary of state for management and resources, a position created during the George W. Bush administration but never filled. In that post, Lew was instrumental in securing increased funding for State Department operations and international affairs.