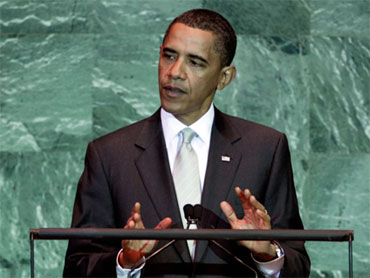 A Senate climate bill will require a 20 percent cut in greenhouse gases by 2020, deeper than the reductions mandated by the House, but also include stronger measures to try to avoid energy price spikes, according to a draft of the bill.

The draft obtained by The Associated Press, remains subject to change. But the overall carbon reduction requirements are expected to stand. The Democratic bill is to be released Wednesday by the Senate Environment and Public Works Committee with a vote by the panel likely in late October.

The draft includes an economy-wide cap and trade system that would require power plants, industrial facilities and refineries to cut carbon dioxide and other climate changing pollution. While there would be an overall emission cap, polluters would be able to purchase emissions allowances to limit reductions. But the Senate bill does not lay out how emission allowances would be distributed, leaving that for later.

The bill is viewed widely as an early focus of Senate negotiations over climate in the coming months, but just a starting point as Democratic leaders seek to work out compromises - adding new provisions and dropping others - to garner the 60 votes that will be needed for passage.

The 684-page draft calls for a ceiling on greenhouse gas emissions beginning in three years, to be tightened annually so that emissions would be 20 percent lower in 2020 than they were in 2005. Emissions would have to be 83 percent lower by 2050. While the long-term cuts are the same as required by the House in June, the Senate bill has a faster early ramp-up, something many in industry had wanted to avoid. The House called for a 17 percent emission cut by 2020 and President Barack Obama originally had sought only a 14 percent cut.

But Democratic aides involved in crafting the bill said the legislation also includes measures that would make early reductions easier to achieve. And, they argued that information released since the House acted shows carbon dioxide emissions in the United States today already are 6 percent lower than what they were in 2005, a reduction attributed largely to the economic recession.

The bill also includes provisions that its sponsors argue will help avoid severe energy price spikes as the economy shifts more and more away from cheaper fossil fuels, especially coal for electricity production. The bill, for example, calls for more emission allowances to be held in reserve so they can be made available if energy prices soar, said the Democratic aides who spoke on condition of anonymity in advance of the bill's release.

The Democratic bill will be co-sponsored by Sen. Barbara Boxer, D-Calif., the environment committee's chairman, and Sen. John Kerry, D-Mass., two of the Senate's strongest advocates for aggressive action to counter global warming. It is expected to be taken up, and likely be approved, by Boxer's committee in the coming weeks despite opposition from GOP members.

As the draft began to circulate Wednesday among environmental organizations, it became clear the legislation is viewed by both supporters and opponents as largely a beginning for what is expected to be intense and difficult discussions and debate among senators in the coming months over climate legislation.

"It's a starting point for negotiations," said Anthony Kreindler, a spokesman for the Environmental Defense Fund, a leading proponent of cap-and-trade measures to deal with climate. "There are going to be efforts to strengthen it and efforts to weaken it."

While a stronger bill than the one passed by the House, it leaves gaps to be filled, said David Doniger, climate policy director for the Natural Resources Defense Council. "It's a bill with all comers in mind," he said.

Republicans, with the exception of a few, have voiced strong opposition to cap-and-trade climate legislation calling it a massive energy tax on consumers as energy prices increase amid the shift away from fossil fuels. And many centrist Democrats - especially from rural areas and from states with energy intensive industries - have expressed reluctance to support any bill that does not protect against energy cost spikes and protect domestic industries.

The Senate draft does not spell out how emission allowances will be distributed, leaving one of the most contentious issues to further negotiations. The House would provide for free 85 percent of emission allowances to various industries, especially electric utilities to help reduce the cost to consumers.

Democratic aides, speaking on condition of anonymity because the bill had not yet been released, said it would include measures to benefit the nuclear industry and for natural gas producers - both attempts to garner broader support.

Unlike the House version, the Senate draft does not restrict the Environmental Protection Agency from regulating greenhouse gases under the existing Clean Air Act. Democrats wanting a bill this year have used the argument that if Congress doesn't act, the EPA will.