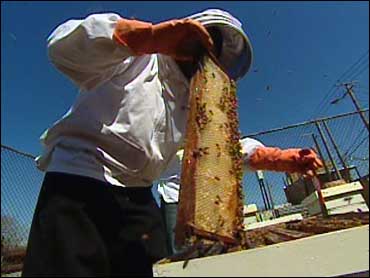 The Bush administration's sweeping energy plan faces an uncertain fate in the Senate, but backers say House passage this week improved its chances.

But the mission is only half accomplished, reports CBS News Correspondent Eric Engberg.

The Senate Energy Committee this week began to consider part of what is expected to be a broad energy bill focusing more heavily than the House bill on boosting conservation and renewable energy sources and fixing the precarious electricity distribution system in an era of competition.

"Destroying the Arctic National Wildlife Refuge…is a complete political nonstarter in the Senate," said Sen. John Kerry, D-Mass., who has vowed to block any drilling provision with a filibuster if necessary.

Senate Republican Leader Trent Lott acknowledged that drilling in the Arctic refuge, commonly known as ANWR, will be an uphill fight, despite the House vote. Still, he said he expects it to be fully debated and voted upon.

In addition to strong Democratic opposition t drilling, at least a half dozen moderate Republicans, many from New England with strong environmental constituencies, are on record as wanting to keep the Alaskan refuge off limits to oil companies.

A wild card in the Arctic debate in the Senate is likely to be labor, which has argued that ANWR drilling will mean thousands of jobs.

Intense lobbying by the Teamsters and several other unions was credited Thursday with swaying a number of Democrats and moderate Republicans in the House to support refuge drilling.

Interior Secretary Gale Norton said Thursday that additional environmental safeguards put into the House bill as part of the drilling proposal may enhance its Senate chances.

The House required that no more than 2,000 acres be permanently affected by drilling activities across the 1.5 million-acre coastal plain believed to contain between 5.6 billion and 16 billion barrels of oil — more than has been taken out of neighboring Prudhoe Bay fields over nearly four decades.

Environmentalists discounted the 2,000-acre limit, saying it does not cover exploratory activities and that development still could be scattered across the refuge plain. The oil industry has said it does not anticipate a larger "footprint" than that in its drilling activities in the refuge.

Supporters of drilling claim that drilling can be done in a way that would not affect species living in the refuge, especially the massive herd of caribou that roams its grounds.

Opponents of drilling argue that even a small drilling operation in the refuge could have a major impact on the delicate ecosystem that calls it home. And opponents suggest that estimates of the size of potential oil reserves under the refuge vary widely.

The Senate debate, still weeks away, will also give Democrats a chance to chip away at the heart of the bill — $35 billion in tax incentives graned to the oil, gas, coal and nuclear industries as a means of promoting increased exploration.

Democratic critics charge that those industries, which gave an estimated $69 million to congressional campaigns last year, are simply getting a payoff.