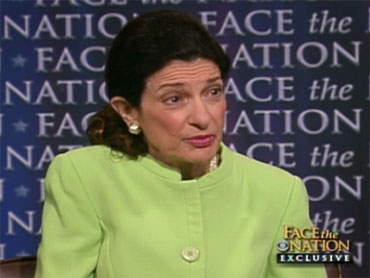 Senate health care negotiators said Monday they've narrowed their differences on a host of difficult issues with just a day or so left to seal an elusive bipartisan deal that could change the course of the contentious debate.

After months of closed-door negotiations, Finance Committee Chairman Max Baucus said, "We're getting very close." But it remained unclear if the Montana Democrat could strike a bargain that would mark a turning point for President Barack Obama's top domestic priority.

The negotiators pared the cost of their 10-year coverage plan to under $880 billion, and also reported progress on several issues, including health insurance for the poor, restrictions on federal funding for abortions, a verification system to prevent illegal immigrants from getting benefits, and ways to encourage alternatives to malpractice lawsuits.

With or without Republican support, Baucus said he'll have a formal proposal on Wednesday to meet a deadline for moving ahead.

At the same time, he said the bipartisan talks could continue even as his Finance panel begins its formal bill-drafting session next week. The negotiators will meet again Tuesday.

"It's not just tomorrow or the next day," said Baucus. "We're going to keep working."

His small group of three Democrats and three Republicans has been doggedly laboring in hopes of finding a bipartisan path toward guaranteeing coverage for all and trying to control the rise in health care spending.

The three Republicans - Mike Enzi of Wyoming, Chuck Grassley of Iowa and Olympia Snowe of Maine - are under intense pressure from leaders of their own party, some of whom have publicly dismissed Baucus' framework as a Democrat's plan. Baucus may not be able to get any of them to agree. But all three have invested much time and energy in the talks, and Baucus seems to have a chance of persuading at least Snowe.

Sen. Kent Conrad, D-N.D., said the negotiators are close on a verification system to prevent illegal immigrants from getting government subsidies to buy health coverage - a big issue for Republicans.

"We're very close to conclusion on how to prevent people who are here illegally from benefiting," Conrad said.

Negotiators also said they've found ways to reduce the cost of a planned expansion of Medicaid to cover more people near the federal poverty line. The issue is critical to winning support from governors, since the states share in the cost of the program. A conference call with governors is expected Tuesday.

On medical malpractice, Conrad said the negotiators agreed that the federal government should provide funding for states to experiment with a range of alternatives to lawsuits.

On abortion, the negotiators are trying to come up with language that would extend current restrictions that prohibit federal funding for the procedure, except in cases of rape, incest, or to save the life of the mother.

Baucus' plan would require all Americans to get health insurance, either through an employer, a government program, or on their own. New consumer protections would prohibit onerous insurance companies practices, such as denying coverage because of a prior health problem, or charging more to those who are sick.

Even if Baucus can't get Republican support, the plan already reflects some major GOP priorities. For example, Baucus opted not to include a government insurance plan to compete with private carriers.

"I am very optimistic that we are going to be able to pass a bill that will get us to 60 votes," said Sen. Bill Nelson, D-Fla., a Finance member. "I didn't feel it a week-and-a-half ago, but I'm very optimistic now." Obama's speech last week "hit it head on," said Nelson, adding that the administration has also been responsive to his concerns about cutting private insurance plans operating through Medicare.

But Baucus has work to do to secure the support of other Democrats on his committee, as several made clear when they left a meeting with the chairman late Monday. Sen. Ron Wyden, D-Ore., said he was concerned that not enough financial help was being provided to help low-income people buy coverage. Sen. John Kerry, D-Mass., said he thought some of the fees Baucus intends to level on sectors of the medical industry were excessive, though he declined to say which ones.

The action is being closely watched by Democrats in the House, many of whom want to see the direction the Senate Finance Committee takes before moving forward with floor votes on their bill, which three House committees approved in July. The legislation came under fierce attack during Congress' August recess at town halls and on talk radio.

House Democratic leaders have organized a series of caucus-wide meetings this week and next to focus on specific pieces of the bill. Meetings are being held this week on a possible new government-run insurance plan, needs of seniors and small businesses, and next week on containing costs. The aim is to address concerns raised by lawmakers and their constituents, and get input on final bill language.