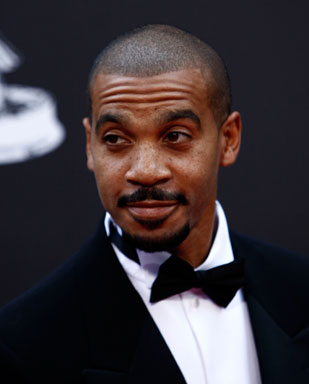 The Senate voted Monday to block the Housing and Urban Development Department from giving grants to ACORN, a community organization under fire in several voter-registration fraud cases.

The 83-7 vote would deny housing and community grant funding to ACORN, which stands for the Association of Community Organizations for Reform Now.

The action came as the group is suffering from bad publicity after a duo of conservative activists posing as a prostitute and her pimp released hidden-camera videos in which ACORN employees in Baltimore gave advice on house-buying and how to account on tax forms for the woman's income. Two other videos, aired frequently on media outlets such as the Fox News Channel, depict similar situations in ACORN offices in Brooklyn and Washington, D.C.

The Senate's move would mean that ACORN would not be able to win HUD grants for programs such as counseling low-income people on how to get mortgages and for fair housing education and outreach.

Sen. Mike Johanns, R-Neb., said that ACORN has received $53 million in taxpayer funds since 1994 and that the group was eligible for a wider set of funding in the pending legislation, which funds housing and transportation programs.

Just last week, the Census Bureau severed its ties with ACORN, saying it does not want the group's help in outreach efforts on the decennial count.

In recent months, Republicans have become increasingly critical of the census' ties with ACORN. The group, which advocates for poor people, conducted a massive voter registration effort last year and became a target of conservatives when some employees were accused of submitting false registration forms with names such as "Mickey Mouse."

Just last week, prosecutors in Miami-Dade County, Fla., arrested 11 people for falsifying hundreds of voter applications during a registration drive last year. ACORN tipped the authorities off to the problem.

On the hidden camera controversy, ACORN says it has fired the employees involved but has lashed out at Fox for pumping up the scandal.

In a statement, Bertha Lewis, ACORN's chief organizer, said the tapes had been doctored and violated Maryland's wiretapping laws. She promised to sue Fox.

Another ACORN spokesman, Scott Levenson, said the group believes the voices of the couple in the video shot in the Brooklyn office were dubbed over to alter the conversation and make the interaction appear more objectionable than it may have been.

ACORN sent a letter to Fox News President Roger Ailes, stating that the videotape was deceptive and had been dubbed over, and asking the network to stop showing the videos, Levensen said.

Fox News spokeswoman Dana Klinghoffer said the tapes were vetted editorially before they were aired.

The video was created by James O'Keefe and Hannah Giles and posted on BigGovernment.com, where O'Keefe identifies himself as an activist filmmaker.

Breitbart.com, which owns BigGovernment.com, did not immediately respond to a call and e-mails seeking comment.

On Monday, Lewis called the Senate's vote a "rare and politically convenient step" but noted that the group gets most of its funding from "its members and other supporters, so the decision will have little impact on overall operations."

The Senate measure is scheduled to pass this week and must be reconciled with a companion House measure that passed in July before becoming law.