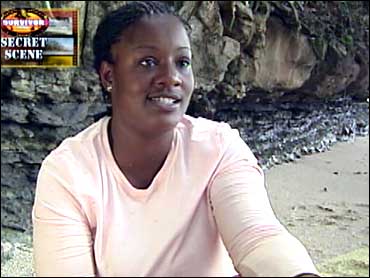 It didn't start out as a turning point.

But when Ottawa Senators goalie Ron Tugnutt went to the bench to have his mask fixed right after a Vancouver Canucks power-play goal in the first period Monday night, he had no idea what would happen next.

"I just wanted to take their momentum away," Tugnutt said. "I didn't think it would take a goal away."

The delay allowed video goal judge Richard Parayre another chance to review the Canucks' goal and then call down to referees Stephen Walkom and Scott Zelkin and nullify Mattias Ohlund's goal.

Andreas Johansson scored two goals, including the winner midway through the third period, to lead Ottawa to a 4-3 victory over Vancouver.

Johansson, who has nine goals, blasted a slap shot past Vancouver goaltender Garth Snow at 11:18 of the third, giving coach Jacques Martin his 150th NHL victory.

"I got some good wood on it," said Johansson, playing with a visor in his first game after taking a stick in the eye last weekend. "I saw on the replay that he had a big five-hole. I almost had a breakaway going the other way."

Bill Muckalt, Dave Scatchard and Markus Naslund scored for the Canucks, who were without injured star Alexander Mogilny.

Vancouver went all out to tie the game, outshooting Ottawa 19-10 in the third and playing the last 90 seconds of the game playing 6-on-4.

Tugnutt made 40 saves in picking up his third win of the seasoand was named the game's first star.

"Luck was on my side," Tugnutt said. "It just kept hitting me. They were shooting from all angles in the third period."

The Senators beat Snow for the first time in eight decisions, getting two power-play goals in eight attempts.

"It's time to take people out of the lineup if they can't play disciplined," Keenan said. "It's time for us to evaluate our personnel in terms of those who can play under pressure and those who can't."

McEachern tipped in Jason York's wrist shot from just inside the blue line at 3:35 of the first period for a power-play goal. Just 31 seconds later, Arvedson tipped in a point shot by Sami Salo over Snow's left shoulder for a quick 2-0 lead.

Muckalt converted a pass from Naslund and onetimed a shot over Tugnutt's left arm to cut the lead to 2-1 just 31 seconds after Ohlund's goal was disallowed. Scatchard scored on a rebound in the second period.

Tied 2-2 in the second, Johansson scored another for Ottawa's second power-play goal of the game. Igor Kravchuk recorded an assist on the goal, his 150th in the NHL and also his 200th career point.