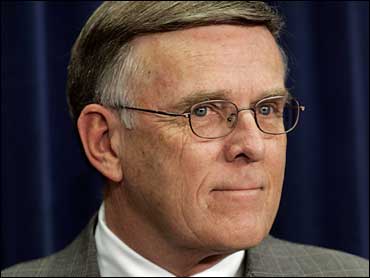 The top Democrat on the Senate committee investigating Jack Abramoff's Indian lobbying is returning $67,000 in donations in response to Associated Press reports that he collected tribal money around the time he took actions favorable to those of Abramoff clients.

Sen. Byron Dorgan, D-N.D., said Tuesday that while he never met Abramoff and didn't take any actions at the lobbyist's behest, he nonetheless wants to return the money to avoid any appearances that tribal money was directed to him by the controversial lobbyist.

"Even though those contributions were legal and fully reported as required by law, I will not knowingly keep even one dollar in contributions if there is even a remote possibility that they could have been the result of any action Mr. Abramoff might have taken," the senator said.

Dorgan is the senior Democrat on the Senate Indian Affairs Committee that has spent more than a year investigating alleged fraud in Abramoff's representation of Indian tribes, which were charged tens of millions of dollars in lobbying fees between 2001 and 2004.

AP reported in three stories over the last month that Dorgan did not disclose during the probe that he took actions favorable to Abramoff's tribal clients, often around the time he collected donations from Abramoff's firm or clients. For instance, Dorgan: