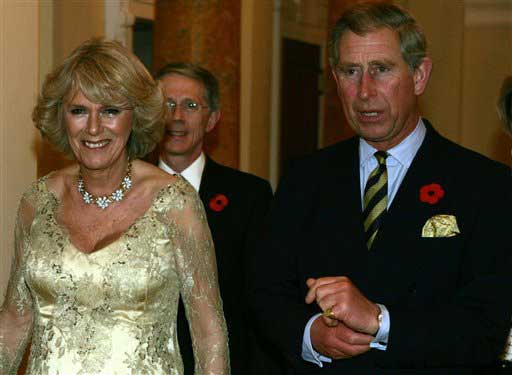 "You know, maybe if I had a computer I could do my taxes and keep an eye on my portfolio," my 69-year-old father mused one day. "And, maybe I could see those jokes you all are always talking about."

My brother, sisters and I were thrilled. We'd been pressuring him to get one - we're all online - but he wasn't interested. "Computers aren't necessary at my age," he said. Then he found out the eight of us were constantly communicating with one another, sharing gossip, news and jokes. We had a club - one that he wasn't a member of and he felt left out. So, for his birthday we gave him a computer with all the whistles and bells and my dad joined one of the country's fastest growing clubs - seniors online.

Use of computers by the over-50 set is growing faster than for any other age group. Retirement complexes routinely offer computer training and clubs. Community colleges report a surge in seniors taking not only introductory computer courses, but in-depth ones such as networking techniques, web-design and programming. And there are now thousands of web sites devoted to seniors and their interests.

"Most people got into computers to stay in touch with their children and grandchildren," says Jim Ross, a resident of the Asbury Methodist Retirement Village in Gaithersburg, MD, "but it doesn't stop there. There's so much more - I read three newspapers a day online."

Fellow resident and computer club member Jean Young, declares "I use it for email, general Internet access and geneology. I also have a wonderful program for tracking my medical insurance and I use a stamp collecting database." Clifford Bachrach adds, "I take a foreign policy course here and I use the internet to search news sites to keep up."

Carol Fuentevilla, Program Director at the Holiday Park Senior Center in Wheaton, Md. notes that "when we started our computer instruction program three years ago, the average age was 67-68. Now it's in the mid-seventies." These folks seem to feel that "if I don't hop in, I'll miss out on what's happening."

It's a market "happening" that entrepreneurs have noticed. Gary German's experiences in setting up a computer for his father and training him how to use email led him to form Agespan.com, a company targeting the over-50 set for computers and internet service. For a fee, Agespan will deliver an ergonomically developed computer for seniors (with a 17" monitor, extra large fonts and big-key keyboard), set it up and give training on how to use it. They then provide Internet service through a portal designed to connect seniors to information and services for their banking, healthare, and other community needs, including family tree development, pen-pal forums and personal web pages.

Established associations and businesses are also joining the bandwagon; some have been there for years. With the crest of the baby boomers getting ready to retire, interest in, and by, seniors is picking up.

The AARP, the nation's largest organization of midlife and older people with more than 30 million members, which has been online since the mid-1990s, offers special discounts on Quicken and Quickbooks software for managing personal and/or business finances. Its magazine, Modern Maturity, is online, as well as a plethora of information about government services and other issues of interest to seniors.

Other sites like senior-citizen.com, ageofreason.com, seniorcyborgs.com and eldernet.com provide similar services. Sites like these also enable the housebound, or those on limited budgets, to be active and engaged.

For those counting pennies, programs like I-link, Speak4Free and phonefree provide free long-distance calling. "When I tell folks about Dialpad and toll-free calling they can't wait to take classes and get online" says Ray Rosfeld, President of the Leisure World Computer Center in Silver Spring, Maryland. "It's another way of staying in touch."

Computers are also making everyday life easier for seniors. Those with poor vision can benefit from different text and background colors, bigger fonts and screen magnification that allows for personal customization not available in print. Those who are blind can use speech recognition programs that translate text into speech and vice-versa. For those with limited mobility, there are a myriad of ways to enter information into the computer using "inputting" devices such as trackballs, alternative pointers, shortcuts, joysticks, and touch screens, as well as the traditional keyboard. Companies like Microsoft and Apple provide additional information relating to desabilities.

Bob Nisbet, a computer consultant for seniors, says that computers "can be a boon for those who hve suffered strokes." They offer "speech rehabilitation, motor skill therapy and cognitive stimulation. A computer never gets tired, so it's the perfect therapist."

While seniors have taken to computers, some generational differences have appeared. Not having grown up with the fast-paced, brightly-colored, split-second, in-your-face editing of Sesame Street or MTV, many find the whiz-bang aspects of computing somewhat daunting or irritating. Display screens with lots of action can be confusing - for some, simpler is better.

And just like many of today's Generation Y'ers don't know how to drive a stick-shift car, many seniors don't know how to "drive" a mouse. They must be taught even the simplest maneuvers - a concept alien to younger users. Seniors are also more apt to read manuals when learning computers, as opposed to their offspring who simply dive in and start clicking and typing. Many are intimidated by computers - afraid they'll lose a file or destroy software - but they soon find that a computer is really nothing more than a big, dumb adding machine that stores information.

So computer and internet businesses are now going after the Geritol generation as well as the Gen X set. And, as seniors get over their fear of technology and learn to use it productively, they're finding there's a whole new world out there waiting to be conquered.

And my Dad? Well, he has his good days on the computer and his bad. His thirty- and forty-something children seem to be better teachers than his pre-teen grandchildren. (We seem to have more patience than the 10-, 11- and 12-year-olds, even if they are smarter.) He can now send us email that actually has text in it, and he's joined our family mail group. He's learned to surf the web, although we're a bit leery about him being on stock trading sites. He can change the wallpaper, colors and fonts on his desktop. And he's also found out that he's addicted to Solitare, using, as he puts it, "the world's most expensive deck of cards."