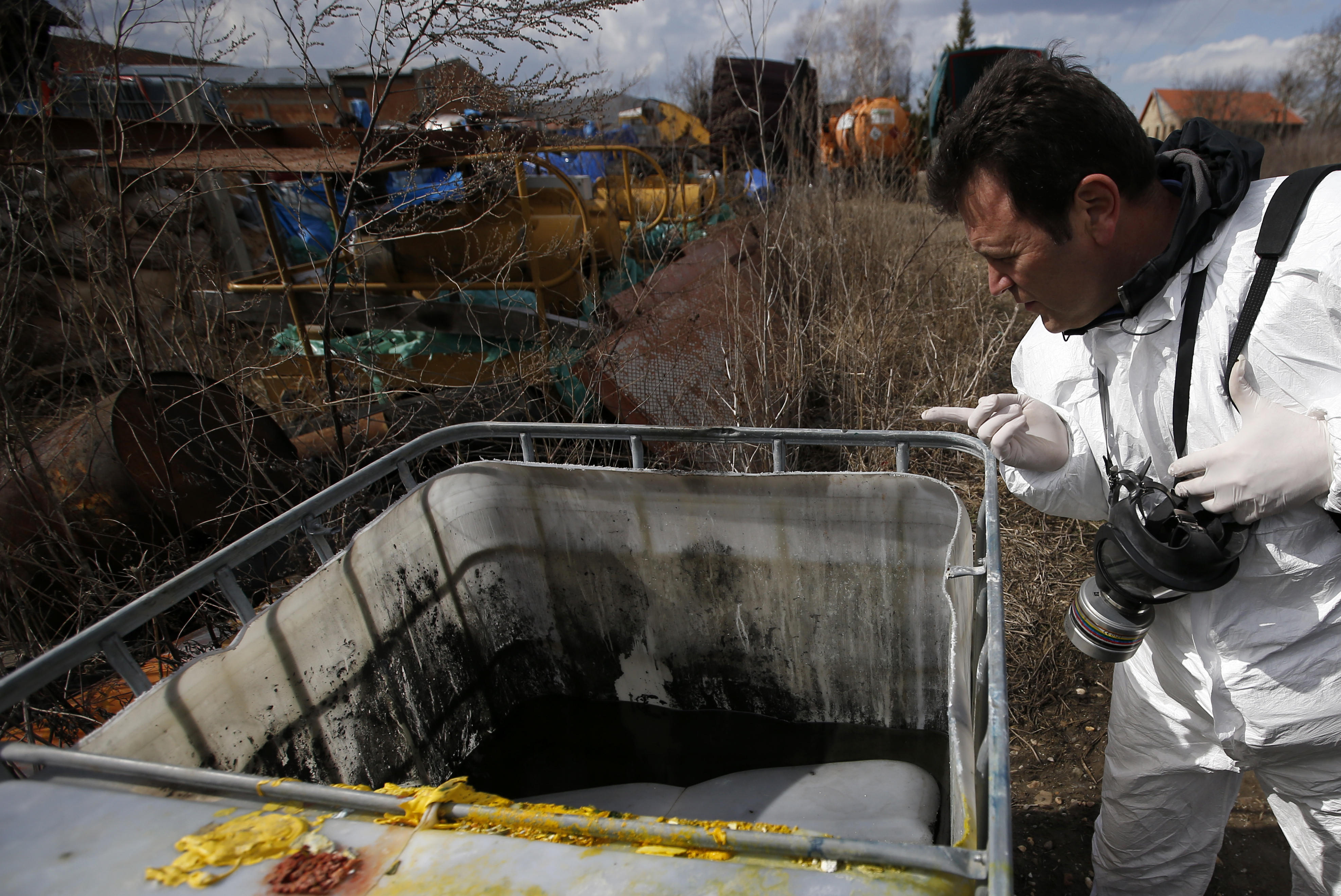 PANCEVO, Serbia -- Dozens of rusty barrels and plastic tubs filled with a dark, oily liquid cluttered a muddy yard where chickens roamed. More brimming containers packed a wooden barn. The property in northern Serbia, located next to farmland and a railway line, stored about 100 tons of likely hazardous waste altogether, the country's environmental protection ministry said. Authorities found it last month, along with another big batch cemented into the walls of a nearby brick factory.

A string of similar discoveries has triggered alarms in Serbia, where masses of poorly secured industrial waste are believed to have been dumped or hidden and could pose long-term environmental and public health dangers.

"People actually buried hazardous waste in their own yards as if it were some kind of hidden treasure," Trivan said in an interview with The Associated Press. "This has to stop."

The problem has come into focus as Serbia and other Balkan nations move closer to joining the European Union, a step that ultimately will require their environmental protection standards to be in line with those in existing EU member countries. Such reforms could take the EU candidates years to achieve.

Hazardous waste must be exported from Serbia to places such as Austria, Romania and Switzerland because the country does not have its own processing facilities. The shipments are costly, so some manufacturers and waste-management companies get rid of production residues improperly.

The concern about concealed pollutants results from simple math, Trivan said. The country generates some 130,000 to 220,000 tons of hazardous waste every year, and while part of it is either exported or stored properly inside Serbia, a chunk remains unaccounted for, he said.

"So, where is it?" Trivan said. "Figures tell us that we could be dealing with serious quantities, possibly thousands of tons."

The way to handle the problem would be to step up government oversight and to introduce harsher sentences for offenders while encouraging private investments in waste management, Trivan said.

The ministry has teamed up with the state security agency, the prosecutor's office and police to locate as much dumped waste as soon as possible. A public campaign urges citizens to report sites where they suspect toxic materials might be stored.

Andjelka Mihajlov, an environmental scientist on the Serbian government team working to revise the country's laws to be in line with EU membership, said the potential damage that hidden toxic hazards pose to the country's people and environment cannot be estimated. It depends on factors such as the type of substances and where and how they were stowed.

Authorities say that out of the more than a hundred companies registered in Serbia to handle hazardous waste, only about a dozen followed proper labeling, storage and disposal regulations. Instead, many waste management firms pocket the money companies pay them and abandon loads that were supposed to be shipped abroad somewhere in Serbia.

Officials suspect that was the case with the barrels and plastic tubs found on the property in the town of Pancevo in mid-March. A business named Eko 21 had been hired to deal with production waste disposed of the containers in an inhabited area without fences or any other safeguards to keep the population safe.

Residents of a village near the Serbian capital, Belgrade, were warned not to use their wells after dozens of barrels of toxic waste containing carcinogenic benzene were found buried in Obrenovac. The property owner was arrested and faces a prison term of up to five years if convicted of illegally storing dangerous substances.

Trivan said unreported waste could have been seeping into the ground for years at a number of as-yet unknown locations, polluting the surrounding water and land.

"I am astonished by the level of negligence toward our own lives," he lamented.

Serbia also has unaddressed environmental problems with its waste water; all Serbian cities and many factories dump it straight into rivers. Air quality, drinking water safety and pollution from mines and power plans are worries as well.

Trivan acknowledged that his country is lagging at least 25 to 30 years behind in environmental protection, but is optimistic it will steer its way clear.

"Nothing has been done for decades and we are now dealing with the consequences," he said. "But we should not despair. It can be done."