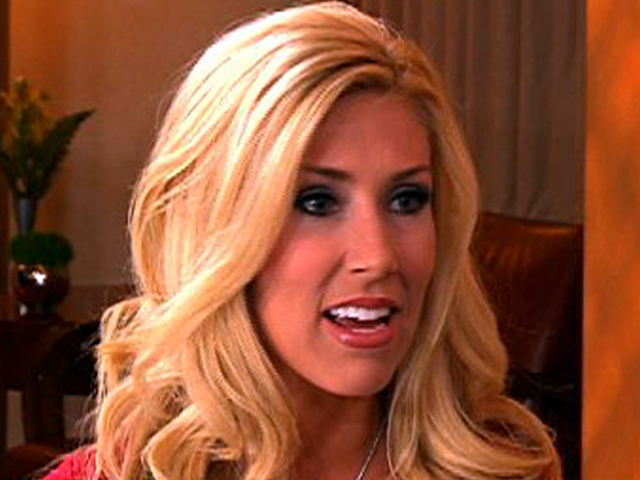 It was just two weeks ago when reporter Serene Branson made headlines by slurring her words while covering the Grammys for CBS Los Angeles station KCBS-TV. The video quickly went viral. Millions watched, as she suffered through what doctors would later diagnose as a complex migraine.

Serene Branson had migraine, not mini-stroke

Serene went back to work, and last night, she covered the Oscars. Without a hitch.

On "The Early Show" Monday, Branson told co-anchor Chris Wragge she hasn't experienced any symptoms since her migraine-induced episode.

"I've been fine," she said. "I went back to work this week for the first time, working my first full week. I started on Monday. A little tired, obviously, from everything that's gone on. But no, I've been great."

However, her first days back on the job weren't without some jitters.

"On Monday ... I definitely had a little anxiety leading up, but once I got that first live shot under my belt, it was back on the saddle. Just like riding a bike again."

As for the Oscars, Branson said covering the event was very exciting.

"I was on the red carpet at the Academy Awards," she explained. "It was a little surreal, because I did get approached by a few people, a publicist came up to me, even one of the actors from 'The Fighter' said something, 'Oh, I know who you are. How do you know who I am? I know who you are.' But not used to being recognized like that."

Branson was recognized at the Vanity Fair Oscar Party, as well.

She said, "We were working on a piece in the truck, we were editing, so I got in a little late, and they didn't want to let me go in the main media area, so I had to walk on the red carpet right in front of all the paparazzi. I had my bag on with my laptop and I'm walking and they said, 'Serene,' and once one of them started it was, 'Serene, Serene, Serene!' It was a little uncomfortable. A little out of the ordinary to be on that side."

Wragge joked, "What you needed to do was parlay that into getting into the Vanity Fair party."

"Exactly," Branson said, laughing. "Why didn't I think of that?"

Branson said since the episode, she's been surprised by the outpouring of support from around the world.

"First it was only e-mails and phone calls," she said. "Now that I've returned to work, the letters, the cards, the handwritten notes, the typed letters from Minnesota, Tennessee, the British Kingdom. It's been amazing, people saying, 'I experience those,' and 'thank you so much for speaking about it.' And it was a little nerve wracking to talk about my health like that. But to hear everyone thanking me for coming out publicly, it made me feel good about it."

Branson is now on a prescription medication for migraines. She said her doctors have told her the condition may or may not return.

"The doctors said chances are not great that it would be a recurring problem for you. It could happen three or four times. Could happen ten, or maybe that was a one-time thing," she said.

She added, "The doctor obviously said any change can trigger a migraine. So it was very important that I got a lot of sleep. That I tried to sleep as much as possible -- except for tonight -- I'll take a nap after this. But I ate regularly, kept my blood sugar level up. So I've been taking some vitamins to help me out just try and keep things regular."

Her crew, she said, have also been keeping a watchful eye on her.

"There was definitely a concern last night, the field producer that I worked with at the Grammys, he was there with me last night and kept saying, 'Do you want a snack? Do you want some water? Are you OK? How are you doing?' The executive producer back at the station called and said, 'How is Serene feeling? How is she doing?' Everyone was saying, 'Go get 'em, you'll be great.' Support was great from the station. They were texting me, saying, 'Your first live shot looked great. Do it again at 11:00!"'

Branson said, "My mom said, 'You did a great job. You looked beautiful. And wow, where did you get that necklace?"'

Looking back, Branson still cringes at the video of her on-air episode.