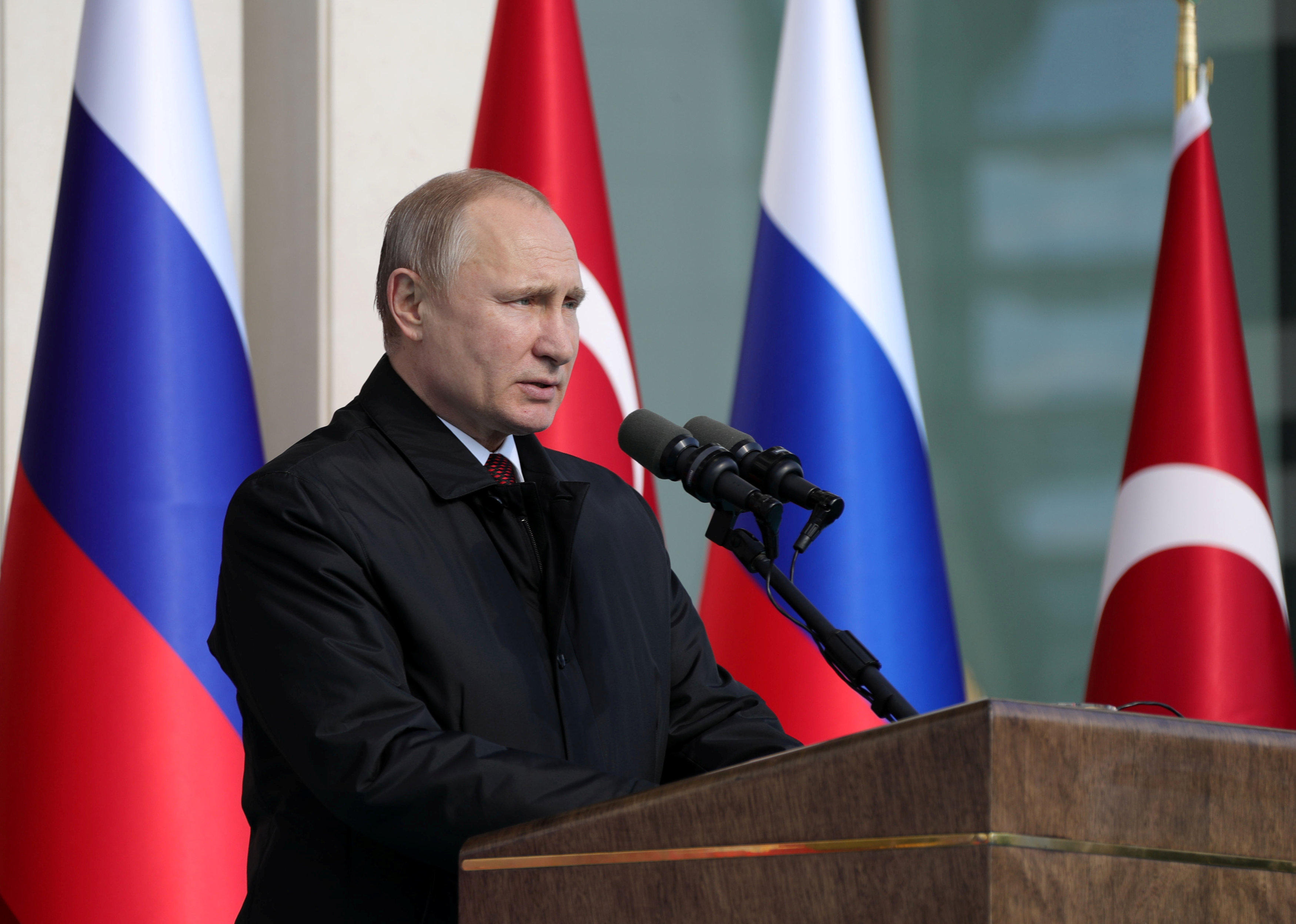 MOSCOW -- Russian President Vladimir Putin says Moscow wants a thorough probe into the poisoning of an ex-Russian spy in Britain and will demand to be part of it. Putin, speaking Tuesday in Ankara following talks with Turkish President Recep Tayyip Erdogan, cited the head of Britain's defense laboratory who said that its scientists have not identified the precise source of the nerve agent used to attack former double agent Sergei Skripal and his daughter.

Putin said, given the lack of precise information about the agent's origin, "the speed at which the anti-Russian campaign has been launched causes bewilderment."

Britain and its allies have blamed Russia for the poisoning, which Russia has vehemently denied. Western countries and Russia have expelled more than 150 diplomats each in the dispute, with relations between the U.S. and Russia declining to the lowest level in decades.

Putin said the type of the nerve agent used in the March 4 poisoning could be made in some 20 nations.

Skripal was imprisoned in Russia after he sold secrets to British intelligence. He was released in a 2010 spy swap and moved to Britain.

The Russian Foreign Ministry said Wednesday that British special services could have been behind the poisoning. British officials have previously rejected such Russian claims as nonsense.