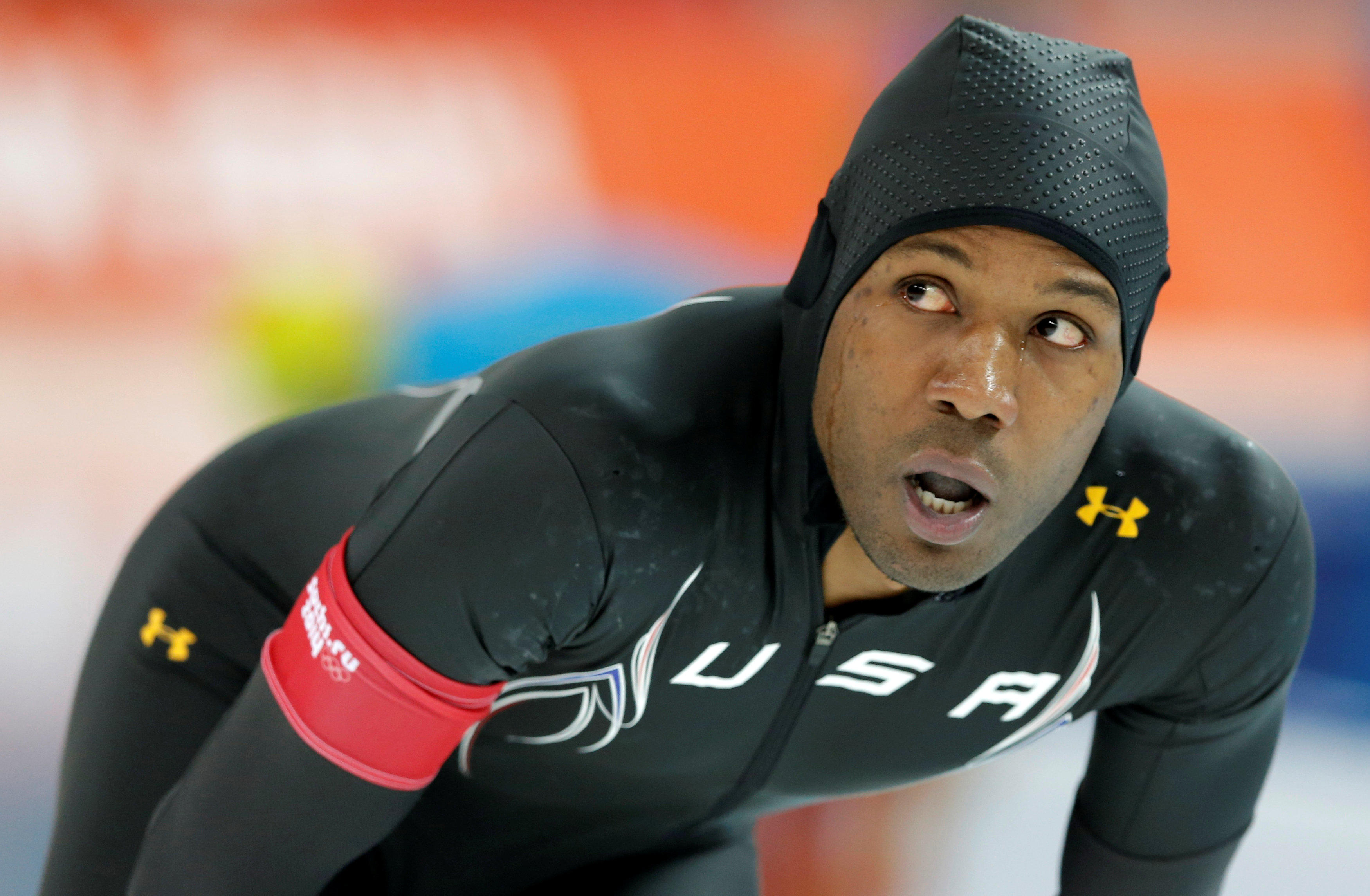 PYEONGCHANG, South Korea -- It was a feel-good story for a few hours: Luge veteran Erin Hamlin gets the chance to enter her last Olympics carrying the U.S. flag into the opening ceremony of the Pyeongchang Games, winning that distinction after a vote by some of her fellow athletes. And then Shani Davis tweeted.

With that, the entire process was called into controversy. The tweet posted to Davis' account said the process by which Hamlin won was executed "dishonorably," and included a reference to Black History Month - raising the question of whether the speedskater was suggesting that race played a role in the decision.

Davis is black, Hamlin is white.

"We feel strongly toward Shani and they felt strongly for Erin," U.S. speedskater Joey Mantia said. "That's just that."

Hamlin and Davis were among eight nominees for the flagbearer role, and athletes from each of the eight winter sports federations - bobsled and skeleton, ski and snowboarding, figure skating, curling, biathlon, hockey, speedskating and luge - represented those nominees in a balloting that took place Wednesday night.

Eventually, the final vote was deadlocked at 4-4. Hamlin won a coin toss, the predetermined method of picking a winner if all else failed in the athlete-led process. The U.S. Olympic Committee confirmed the tie, and that voters knew if the tie couldn't be broken by them the coin toss would have to occur.

USA Luge declined to comment on the tweet. Calls placed to Davis' phone by The Associated Press rang unanswered, and his agent Ian Baranski did not immediately respond to an email seeking comment.

Hours before the tweet was posted, the four-time Olympian was excited about the North Korean athletes who are participating in the games, CBS News foreign correspondent Ben Tracy reports.

"That's what it's all about is bringing people together in a peaceful environment to celebrate sport and something that we all love to do," Hamlin told reporters.

Hamlin was beaming about the opportunity to carry the flag. She told the story about how her parents, Ron and Eileen Hamlin, always wrestle with the decision about whether to spend the money for high-priced tickets to the opening ceremony - and in the end, always go to see their daughter march into the stadium with her U.S. teammates.

"I think they're going to be really glad that they made that decision," Hamlin said. "They're really pumped. I'm sure my brothers will be. We've grown up watching the Olympics and we're always like, 'Who's going to be carrying the flag?' And to actually be that person is insane."

Hamlin's teammates were thrilled by the news, both because of what it will mean for her and what it means for the niche sport of luge.

"I was so happy for her," U.S. doubles Olympian Jayson Terdiman said. "It's one of the coolest things. I tell you what, I can't wait. I couldn't wait before, but now I can't wait even more. Not just does Erin get to hold that flag, but USA Luge gets to hold that flag. It's so cool. It's a great honor for our small sport."

Davis was certainly a worthy candidate. He's now a five-time Olympian, with two gold medals and two silver medals in his collection. It could not be determined if Davis posted the tweet himself, or if anyone else with access to his account may have.

Davis' mother, Cherie Davis, said she was unaware of the tweet until an AP reporter spoke to her by phone.

"I know something about a coin toss, he told me last night," she said Thursday. "I don't know anything else. Is that all?"

Hamlin is a four-time Olympian, a winner of a bronze medal at the 2014 Sochi Games, a two-time world champion and a winner of 23 World Cup medals. Despite that resume, Hamlin - who is retiring after the Olympics - never thought she would be the pick.

In December, when asked in an interview with the AP if she thought it would be possible, Hamlin giggled.

"To me, that always seems to be a really, really big-name person," Hamlin said at the time.

Hamlin learned of the voting result Wednesday night. She got a text from Alan Ashley, the chef de mission for Team USA, requesting her to call back as soon as she could. Hamlin braced herself for some sort of bad news as she dialed his number.

"He told me and I was like, 'Wait, officially?'" Hamlin said, still in disbelief.

She then called her family, who were about to start their long flight to South Korea. Her mother started crying, which was no surprise. Her brother offered this sage piece of advice - don't drop the flag.

"The nerves will be flying for sure," Hamlin said. "I slide. That's what I do. Put me at the top of the track, that's my happy place. Walking out in front of a lot of people and even more watching from home, hoping to not trip over my own feet or drop the flag is going to be way more nerve-wracking."

It's not the first time Davis has been part of an Olympic controversy.

In 2006, Davis - the first African-American to win an individual gold medal at a Winter Games - decided not to take part in the team pursuit at the Turin Games and raised the ire of teammate Chad Hedrick. Their animosity toward one another was obvious at a news conference, when Hedrick brought up the team pursuit and Davis stormed out of the room.