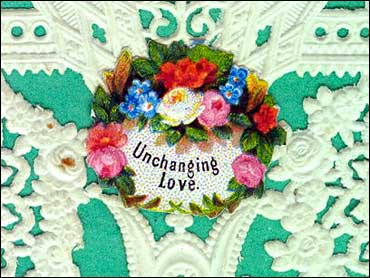 The San Jose Sharks finally had something to show for their hard work Friday.

After falling behind early in the third period, the Sharks used goals from Steve Guolla, Jeff Norton and Marco Sturm to rally for a 4-2 victory over the St. Louis Blues.

The victory was the first for the Sharks this season on the road -- not that San Jose coach Darryl Sutter had been counting.

"It's got nothing to do with the road," said Sutter, whose team is 1-5-3 away from home. "We've been playing hard, but we haven't scored any goals."

San Jose scored some Friday, and at key times.

After Chris Pronger scored at 4:47 of the third period to give the Blues a 2-1 lead, the Sharks bounced right back and tied the game on Guolla's goal 17 seconds later. Norton then got the game winner on a slap shot from the left circle at the 11:04 mark while Pronger was in the box for interference.

"We've been working hard and it hasn't really shown in the win-loss column," Norton said. "We've been in games and almost been finding ways to lose. It's about time our hard work paid off and maybe this will start to turn it around for us."

The goal was the first for Norton, who was playing in his fifth game with the Sharks after being acquired from Florida in a trade Nov. 12.

"Jeff Norton is a veteran, and basically I told him, if he doesn't bother me, I won't bother him," Sutter said.

Sturm iced the game with an unassisted empty-net goal with 1:13 remaining.

Pavol Demitra extended his scoring streak to five games with his 11th goal for the Blues. Demitra has five goals and three assists in that span. Al MacInnis picked up an assist on Demitra's goal and now leads all defensemen in scoring with 20 points.

The Blues eemed preoccupied for much of the game with how to retaliate against the Sharks' Bryan Marchment, who knocked Scott Pellerin out of the game with a check late in the first period. Pellerin suffered a concussion and did not return.

"It's a tough hit," said St. Louis coach Joel Quenneville. "He (Pellerin) doesn't have the puck. You can go around killing guys if they don't have the puck. Obviously, Marchment knew what he was doing because he saw the play coming at him."

Marchment received minors for roughing and interference on the play, and Pronger was hit for a double-minor for roughing when he went after Marchment.

"It was a tough game to get into a flow," said the Blues' Craig Conroy.

Joe Murphy also scored for San Jose. After going winless in their first eight games, the Sharks are 5-4-3.

Murphy, traded by the Blues to San Jose on March 24 for Todd Gill, got the Sharks going 1:47 into the contest. After gaining control of the puck just left of Blues goalie Jamie McLennan following a goal-mouth scramble, Murphy slid it home for his fourth goal.

St. Louis tied it on the power play 8:33 later when Demitra banked a shot off San Jose defenseman Mike Rathje as he attempted to center it to Pronger.