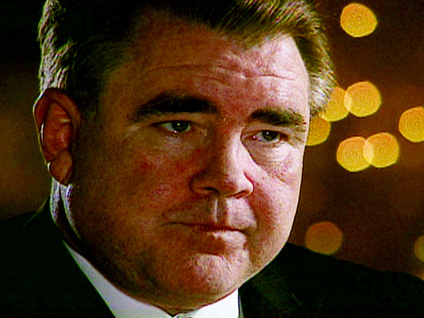 Israeli Prime Minister Ariel Sharon called the Palestinian Authority a "terror posse" Thursday and said the only path to Mideast peace lay through removal of the Palestinian leadership.

In a televised speech, Sharon also said yet again he had no intention of holding peace talks with the current Palestinian leaderhip.

He said Israel wanted peace and an end to the 22 months of Mideast fighting, and blamed Thursday's breakdown in lower-level talks on the Palestinian leadership.

"The only way to peace is to remove this murderous posse from its political position," he added.

Sharon spoke as a senior Palestinian team met U.S. officials in Washington, in what were the highest-level talks between the two sides since President Bush also called for a change in Palestinian leadership in a June speech.

The delegation, headed by chief negotiator Saeb Erekat, held talks with National Security Adviser Condoleezza Rice and was to meet with Secretary of State Colin Powell.

Rice and the Palestinian ministers sidestepped a dispute over U.S. demands to ostracize Arafat, a White House spokesman said.

"He (Arafat) was not a topic of discussion," National Security Council spokesman Sean McCormack told reporters after Rice met the ministers.

Erekat rejected U.S. calls to replace Arafat and accused Israel of harming Palestinian efforts to hold elections and institute reforms. He said the only alternative to Arafat was "chaos," adding the only solution was an end to Israel's occupation of the West Bank and Gaza Strip.

Soldiers fired tank-mounted machine-guns to drive back the crowd, killing a teen-age boy and wounding four others. The army said soldiers opened fire because they felt their lives were in danger.

Sharon called for the Palestinian Authority to reform its security services and its financial system, which he said was aiding militants.

"Any attempt to speak to the terrorists will only put in their hearts the hope that they will be able to deceive us again," Sharon said. "We will not fall in this trash can that is meant to weaken us and to save them. There will be no compromises with terror and we will not negotiate with it."

Palestinians say that Sharon is not serious about peace talks, and only wants to undermine Palestinian leader Yasser Arafat and the Palestinian Authority.

Sharon said Israel would not get involved in internal Palestinian politics but would "listen to all the voices, to seek out every ray of hope and to encourage every small spark seeking change."

Also Thursday, Israeli troops destroyed four homes in the West Bank. Two belonged to suicide bombers, one to a man who allegedly supplied explosives for an attack and the fourth to a suspected bombing mastermind. The demolitions brought to 18 the number of houses demolished by Israel since it revived its controversial policy last month.

Israeli troops occupy seven of the eight major West Bank towns and cities. Since the outbreak of fighting in September 2000, Israeli soldiers have also taken up many positions in Palestinian-run areas of the Gaza Strip.