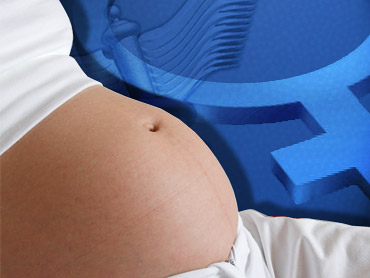 The number of women dying in childbirth worldwide has dropped dramatically, a British medical journal reports, adding that it was pressured to delay its findings until after U.N. meetings this week on public health funding.

A new, separate report by a group headed by the United Nations reached a very different conclusion on maternal mortality, saying the figure remains as high as 500,000 deaths a year.

The disagreement reveals the politics behind public health, where progress made in tackling a health problem can jeopardize funding. Public health officials are gearing up to ask for billions of dollars at U.N. meetings.

The British medical journal Lancet rushed out a paper on Sunday that found the number of women who die in pregnancy or childbirth has dropped by more than 35 percent over 28 years.

Richard Horton, editor of the Lancet, said he was disappointed when maternal health advocates pressured him to delay publishing the report until September, after several critical fundraising meetings. He also wrote a commentary in Lancet on the pressure.

"Activists perceive a lower maternal mortality figure as actually diluting their message," he told The Associated Press on Wednesday. "Advocacy can sometimes get in the way of science."

He did not name any group or individual who tried to pressure him.

In their paper, Christopher Murray and colleagues at the Institute for Health Metrics at the University of Washington found that maternal deaths have fallen from about 500,000 deaths in 1980 to about 343,000 in 2008. The study in the Lancet was based on more data than was previously available in addition to statistical modeling and was paid for by the Bill & Melinda Gates Foundation.

It was a surprising finding for experts who have long assumed that little progress has been made in maternal health.

But on Tuesday, another report by the Partnership for Maternal, Newborn and Child Health, a global alliance hosted by the World Health Organization, claimed progress in maternal health has "lagged." According to their "detailed analysis," from 350,000 to 500,000 women still die in childbirth every year. The authors did not explain where their data came from or what kind of analysis was used to obtain that wide range of figures.

In that report, U.N. officials also claimed they need $20 billion every year between 2011 and 2015 to save women and children in developing countries.

Dr. Flavia Bustreo, director of the Partnership for Maternal, Newborn and Child Health, denied there was any conflict between her group's study and the Lancet study. She said her group was not involved in pressuring the journal not to publish Murray's study.

"The debate on numbers may continue," Bustreo told the AP on Wednesday. "But we welcome this as good news. There is hope at last for maternal health."

In the world of public health, good news can paradoxically be bad news. The more people who are dying, the more money U.N. officials can raise, making some experts less keen to acknowledge that a problem is not as bad as they once thought.

The U.N. is hosting a meeting of public health experts and heads of state on maternal and child health this week in New York, followed by another one in Washington in June.

For years, U.N. AIDS officials threatened that the epidemic would spread among general populations in countries worldwide, and claimed more than 40 million people were infected. Money for projects fighting AIDS, meanwhile, grew exponentially.

When U.N. officials finally admitted they had been overestimating the numbers for years and dramatically revised their figures — down to 33 million — donors began to rethink their financial commitments.

Experts say public health figures need to be taken with a huge grain of salt, particularly when they come from people who are also soliciting funds for the campaign.

"The U.N. has a track record of inflating disease figures to keep the aid money flowing, so I'd probably place more faith in the figures which show a lower disease burden," said Philip Stevens, of International Policy Network, a London think tank. "This is yet more confirmation that whoever paints the most apocalyptic picture gets the most cash, even if they have to manipulate and spin the data."