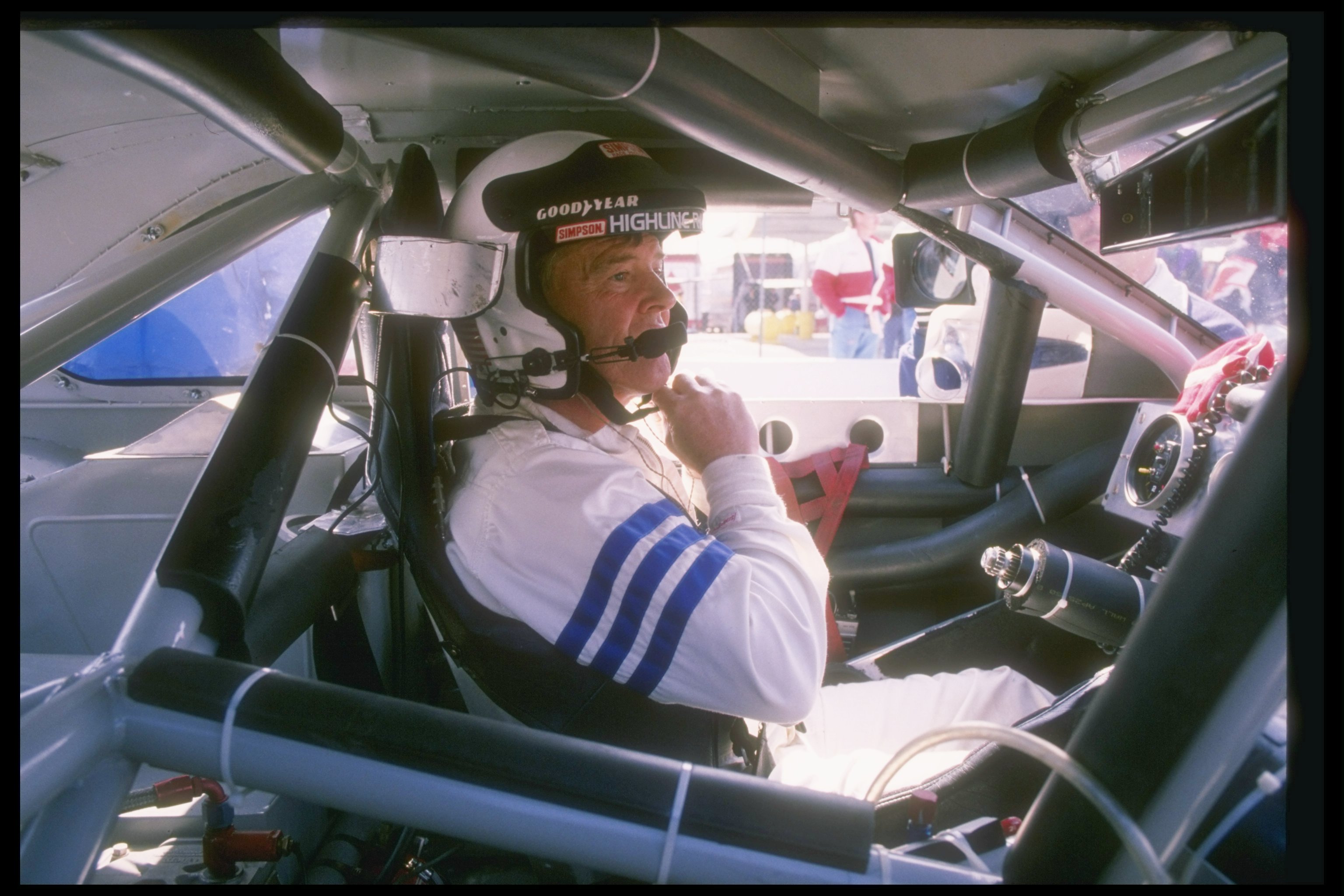 CONCORD, N.C. There is that lasting image of Dick Trickle in the Winston 500 lighting up a cigarette while driving his stock car with his knees during a caution lap.

He places the cigarette through a hole he carved in his helmet for a quick toke and exhales.

The green flag hits and out the window goes the cigarette butt and back to racing goes Trickle.

Trickle was unique driver with a unique name that found cult-like status before his death Thursday.

Trickle, whose larger-than-life personality and penchant for fun won him legions of fans despite a lack of success beyond the nation's small tracks, died of an apparent self-inflicted gunshot wound, authorities said. He was 71.

The Lincoln County Sheriff's Office said authorities received a call believed to be from Trickle, who said "there would be a dead body and it would be his." Authorities tried to call the number back, but no one answered.

"Our thoughts and prayers go out to the family and friends of Dick Trickle on his passing today," NASCAR Chairman and CEO Brian France said. "Dick was a legend in the short-track racing community, particularly in his home state of Wisconsin, and he was a true fan favorite. Personalities like Dick Trickle helped shape our sport. He will be missed."

Trickle earned his reputation as a successful short track driver before joining the Winston Cup series and earning rookie of the year in 1989 at age 48.

His unique name earned him a cult following in the 1990s.

Former ESPN anchor Keith Olbermann would regularly mention where Trickle finished after talking about each NASCAR race. It caught on and drew snickers from race fans around the country.

Bodine said there was only one way to describe Trickle, a native of Wisconsin Rapids, Wis.

Trickle was never one to be told how to live his life.

"It's all just sad," Bodine said in a telephone interview. "We don't understand why he would do this. Hopefully we will all learn why he would do that. There was something that triggered him to take his own life. We are all really saddened by this in the racing community."

NASCAR does not keep track of short-track records, but according to the (Milwaukee) Journal-Sentinel, Trickle won more than 1,000 short-track races throughout the country during his prime. He was a seven-time winner in the regional ARTGO Challenge Series in the late 1970s and mid `80s. Trickle also captured the ASA AC-Delco Challenge Series in back-to-back years in 1984-85 before turning to Cup racing.

"Dick Trickle was one of the best race drivers of the `80s, no one knew how many races he won," said Humpy Wheeler, the former president of Charlotte Motor Speedway. "He was right there with Red Farmer and other short track drivers — the wins kind of got so big that they blended into each other. He was a product of the rich Wisconsin soil, where they race eight races a week in the season, and he could win all of them."

Wheeler said he asked Trickle to try NASCAR in the 1980s, but Trickle initially declined because he was so successful on the short track circuit.

"He could not make enough money then as he could on those Midwest tracks, so he deferred," Wheeler recalled. "For a guy who really won at least 700 races, I could see why. In those days, unless you were a top Cup driver, you couldn't win enough money to overcompensate for that."

Trickle eventually did move to NASCAR, settling into Iron Station, N.C., where he lived for more than 20 years. Bodine said Trickle was full of stories and popular because of it.

"People everywhere knew his name," Bodine said. "That's why they used his likeness in that movie `Days of Thunder.' He was such a character."

Bodine said that a few years ago he had to back out of a celebrity cruise for patients who were on kidney dialysis. He asked Trickle to fill in.

"He made such an impression on people on that ship that everyone wanted to know when Dick was coming back," Bodine said. "They loved him. They tell me he was the last man to leave most of the bars on the ship and I believe it."

Bodine also recalled inviting Trickle to compete in one of his bobsled events in 2004 at Lake Placid, N.Y.

He said Trickle went down the first time and crashed. After being cleared by doctors to continue, Trickle tried again and crashed in the same place.

"They were doing interviews with him on TV and he was like, `I don't know what happened, I did the exact same thing I did the first time,"' Bodine said. "And we're all looking at him like, hey Dick, maybe that was the problem."