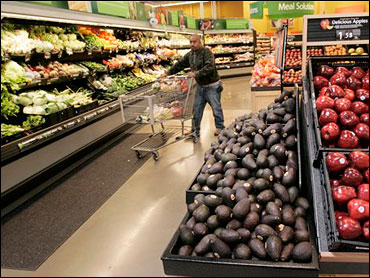 Penny-pinching Americans are getting cold feet at the checkout - thinking twice about spending and ditching items before they're rung up.

They're leaving sweaters in the dress department, dumping cookies near the grocery cashier and waiting until the last minute to judge needs versus wants. Online, shoppers are consumers are abandoning their virtual carts as they search for better deals.

It means more lost sales for stores at a time when there are already fewer customers because of the recession. For bricks-and-mortar shops already working with fewer staff, it also means higher labor costs because orphaned items have to be restocked.

Hard numbers are difficult to come by, but Burt P. Flickinger III, a retail consultant, estimates that in 25 percent of shoppers' trips to the store, they're ditching at least one item. In the recession of the early 1990s, it was 15 to 20 percent. In good times, it's more like 10 percent.

Ashley Nichols Guttuso of Midlothian, Va., dumped a red cardigan last week at the counter at the local Limited store after she found out she couldn't use a $15 store coupon on the $15 sweater.

Guttoso says she could have afforded it, but she has focused on necessities since losing her job as a copywriter for Circuit City in January, as the chain was preparing to go out of business.

"I went in there thinking I could get something for free," said the 27-year-old. "I couldn't rationalize it - even spending $15 to $20. I am watching everything now."

Customers are asking cashiers to provide a total while they're still scanning items to see where they stand, or to have necessities like health care basics scanned first, said Dan Fishback, chief executive of DemandTec Inc., a retail technology company. When they hit their limit, they forgo what's left in the basket.

Lower credit limits are also contributing to the abandonment. Shoppers say credit card transactions are being denied if they go over their limit just a bit, said Ben Woosley, director of marketing and consumer research at CreditCards.com. In the past, issuers would often approve purchases up to 10 percent over the limit.

Bricks-and-mortar stores can't do much but clarify prices on products to prevent sticker shock in the checkout aisle. Web stores are taking bolder actions, including sending e-mails to remind customers about abandoned items, simplifying the online checkout process and offering extra discounts to lasso would-be quitters.

Web retailers have always grappled with high abandonment rates because of confusion and technology glitches. Plus shoppers are less invested in the process because they didn't have to drive anywhere. But even online stores say orphaning has escalated.

Internet research company Forrester Research estimates as much as 59 percent of online purchases are being dumped during checkout. Those rates had ranged from 47 percent to 53 percent in the past six years, according to industry surveys.

The Container Store, which sells storage items, has seen its online abandonment rate rise to 68 percent. The company has launched an e-mail campaign and a service that lets shoppers pick up online purchases at the store to avoid shipping costs.

And SkyMall.com has cut its abandonment rate to 49 percent from 56 percent by reducing the steps in the checkout process and sending out e-mail reminders, online marketing manager Shea Beck said.

Eric Younan, 35, of Farmington Hills, Mich., who said he had never quit during the checkout process, has abandoned online shopping carts four times in recent weeks because he discovered extra charges late in the game.

"Two years ago, a $10 handling charge wouldn't have fazed me, but now I would just drop it," said Younan, a publicist. "Back then, I had more disposable income, and my time was worth money."