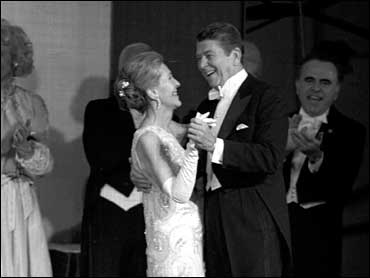 Unemployment is on the rise. The stock market is in the tank. Is this any time for a party?

For the sake of the masses expected for President-elect Barack Obama's inauguration, let's hope so. While Obama must be sensitive to the nation's time of war and recession, there still is reason to expect a rollicking time.

"We're mindful of the fact that people in this country are hurting, that they're going through hard times," said Linda Douglass, spokeswoman for the Presidential Inaugural Committee. "On the other hand, we see this not just as a celebration of an election, but as a time for people to come together and celebrate their common values and shared aspirations and goals."

The committee has disclosed few details of the celebration, but it surely won't come cheap. President George W. Bush raised $42 million to help finance his second inauguration. Millions more were spent by the government on security.

Though costly, an inauguration helps set the tone for a presidency, said Gil Troy, a visiting scholar at the Bipartisan Policy Center who has written extensively on presidents and first ladies.

The president should not be seen noshing on caviar, but neither should he dispense with glamour entirely, Troy said. Americans want their leader to be a man of the people and a celebrity superstar, both.

"Americans are people who love to indulge, and deep in our hearts want our leaders to be like the king and queen of England - but not too much," he said.

President Ronald Reagan fit the bill best when he set a new standard of opulence for his 1981 inauguration, Troy said. Nancy Reagan wore a $10,000 gown to the three-hour gala with Frank Sinatra.

"Reagan had the ability - and maybe the Obamas will - to somehow make spending look patriotic," Troy said.

As a Democrat, it may be easier for Obama to avoid accusations of overspending; if anything, his party has a reputation for dowdiness.

And while a more down-to-earth vibe may seem a wise choice in these troubled times, that can pose its own problems. President Andrew Jackson rode to Washington as the champion of the common man, and opened the White House to his supporters for his inauguration. They thanked him by trashing the place.

For the most part, inaugurations have grown more elaborate over the years. Elegant balls were added in 1809, and parades in 1873, historian Paul F. Boller Jr. wrote in White House History, the journal of the White House Historical Association.

Franklin Delano Roosevelt's final swearing in was subdued during World War II, but the tone of the party has for the most part been little affected by global events. In fact, there were no official inaugural balls in the roaring '20s, but there was a ball in 1933 during the height of the Great Depression, said Jim Bendat, author of "Democracy's Big Day: The Inauguration of our President 1978-2009."

"I guess the feeling there was 'Happy days are here again, the only thing we have to fear is fear itself, so let's have a party,"' he said. Bush's second inauguration was more costly than his first, though the country was enduring two wars.

In years such as this, when a new president is elected from a different party, inaugurations tend to be especially elaborate, Bendat said.

Reagan's tone was a deliberate shift from President Jimmy Carter's cardigan sweaters and lowered thermostats. For his inaugural parade, Carter chose not to ride in the presidential limousine, but to walk with Rosalynn and their daughter, Amy.

Reagan instead got back in the limo and harkened back to another glitzy inauguration, that of John F. Kennedy in 1961, who also featured Sinatra and other Hollywood stars.

"What subsequent presidents learned from that was just the power of celebrity," Troy said. "If you did it right you could really launch yourself and your administration into the stratosphere."

Obama's Presidential Inaugural Committee aims to "make it the most open and accessible inauguration in history," Douglass said. Just how lavish it will be is hard to say.

Unlike in previous years, the inaugural committee said it would not accept contributions from corporations, lobbyists or foreign citizens, and would cap individual contributions at $50,000. Some of the glitziest events - like the MTV ball - may be privately funded.

If Obama strikes the right balance, it might just earn him political capital for his first days in office.

"It's a way of making deposits into the public bank account of goodwill by giving everybody an opportunity to celebrate," Troy said.