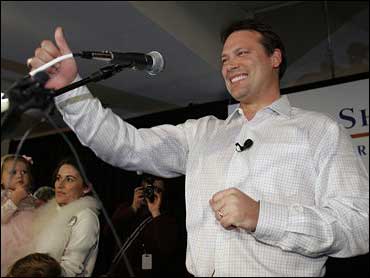 If Shuler's voting record is any indication of the tone he'd set as House minority leader, he was one of 39 Democrats who voted against HR 3962, the Affordable Health Care for America Act.

Pelosi stunned Washington last week by announcing that she will run for Democratic leader even in the minority. Doing so set up a painful standoff for second place between lieutenants Steny Hoyer of Maryland and James Clyburn of South Carolina. About two dozen House Democrats, including a few of her allies, have expressed a preference for someone else as their leader next year, if not outright opposition to her candidacy. Two have urged Democrats to postpone leadership elections scheduled for Wednesday.

Post-election polling suggests that getting a nod to lead the Democrats for the next two years would be easy compared to the job that lies ahead: winning back the electorate's confidence and favor in time for the 2012 elections with the same leadership lineup and a more liberal caucus. And doing it all in an atmosphere in which 54 percent of Democratic-leaning adults say they want the party to move in a more moderate direction, according to a poll taken Nov. 4-7 by the Pew Research Center for the People & the Press.