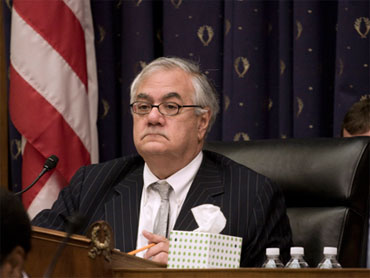 An engineering professor who warned NASA more than a decade ago about the catastrophic risk of launch debris says his analysis looks "more and more likely" now that the Columbia investigation board suspects a wing breach.

"It's looking like the debris is a better suspect than we had thought before," Carnegie Mellon University's Paul Fischbeck said Monday.

In the more than two weeks since Columbia disintegrated over Texas, the investigation board has publicly put forward just one hypothesis: that a breach in the left wing likely allowed superheated gases to penetrate the space shuttle as it descended through the atmosphere. The temperature surged in the left landing-gear wheel well just before the ship's destruction.

In a 1990 study and follow-up research, Fischbeck concluded that a shuttle could fail catastrophically if, during liftoff, debris hit the vulnerable underside of its wings, near the wheel wells.

Barely a minute into Columbia's flight Jan. 16, a chunk of insulating foam broke off the external fuel tank and slammed into the bottom of the left wing.

The breach in Columbia could have been caused by a meteor or space debris, or the landing gear compartment door could have been blown open during atmospheric re-entry, Fischbeck said Monday. But the most likely scenario by far, he said, is that the foam damaged or knocked off thermal tiles, more tiles gave way during re-entry and those missing tiles led to a burn-through of the aluminum hull.

The head of the independent investigation board, retired Navy Adm. Harold Gehman Jr., has stressed repeatedly that he is not ruling anything out - including the debris hit during launch. While Columbia and its seven astronauts were still in orbit, NASA concluded that any damage from the flyaway foam would not pose a safety threat.

Nine of the 10 board members met Monday at their new headquarters in an office building just a mile from Johnson Space Center and planned to hold a news conference, their second, Tuesday. The 10th member, newly selected Sheila Widnall, a former secretary of the Air Force, will join the group later this week.

As the days become weeks since the disaster, fewer and fewer pieces of shuttle wreckage are turning up, even though the calls keep coming in.

NASA's Steve Nesbitt, spokesman for the investigation board, took a phone call over the weekend from a Louisiana woman who has an odd chunk of plastic in her flower bed and wants NASA to check it out. He also heard from a California retiree who wanted to tell the board his theory for the shuttle breakup.

"They all want to help and it's great. The board certainly wants to listen," Nesbitt said. But he noted: "It will take a while to get back to the people," given the disproportionate ratio of callers to those following up on all the calls.

On Monday, NASA asked farmers and ranchers out West to be on the lookout during spring plowing for anything that might have fallen from the sky on Feb. 1. The plea came as a reported 1,300 state and federal personnel took part in search and recovery efforts in Texas and Louisiana.

Despite extensive searches along Columbia's final route, from California down over Nevada, Arizona and New Mexico and finally Texas, no shuttle debris has been found farther west than 20 miles west of Fort Worth. That's where a single thermal tile popped up. NASA still does not know what part of the shuttle it came from.

The analysis of 32 seconds of additional data collected beyond the loss of communication with Columbia, meanwhile, goes on. The data are of extremely poor quality, yet experts have managed to conclude that an additional two steering jets were firing, for a total of four, in a futile attempt to keep the shuttle on course as it aimed for a Florida landing.

It is "highly unlikely" that the pilots, rather than the autopilot system, activated those two additional jets before their spacecraft broke apart and they were killed, said NASA spokesman Rob Navias.