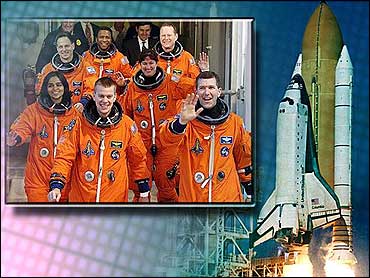 NASA officials said Sunday that space shuttle Columbia experienced a sudden and extreme rise in temperature on the fuselage moments before the craft broke apart.

NASA space shuttle program manager Ron Dittemore said the temperature rise -- 60 degrees over five minutes in the mid-fuselage -- was followed by an increased sign of drag that caused the shuttle's computerized flight control system to try to make an adjustment to the flight pattern.

CBS News Correspondent Bob Orr reports that more than a dozen sensors, most of them in the left wing used to measure temperatures, hydraulics, and tire pressure, were lost one after another. It was a sequential failure consistent with a catastrophic break up.

Dittemore cautioned that the evidence was still preliminary, but that one of the possibilities was that there been damage or a loss of thermal tiles that protect the shuttle from burning up during re-entry into the Earth's atmosphere.

"We are making progress," Dittemore said, adding that the combination of new engineering data and an observer who reported seeing debris from the shuttle while it was still passing over California may create "a path that may lead us to the cause."

The shuttle broke up shortly before landing Saturday, killing all seven astronauts. Most of its debris landed in eastern Texas and Louisiana.

8:15 a.m. -- Columbia's descent began over the Indian Ocean. Everything seemed fine as it crossed the Pacific.
8:51 a.m. -- Entering airspace over the California coast, just north of San Francisco. On track for a touchdown in 25 minutes at Kennedy Space Center.
8:53 a.m. -- The sudden loss of data from the hydraulic system, critical information indicating the position of flaps on Columbia's left wing.
8:56 a.m. -- Another data disruption, to sensors in the brake lines and tires in the landing gear.
8:58 a.m. -- Another data drop out, from sensors that monitor protective thermal tiles.
8:59 a.m. -- A problem with data indicating landing gear pressure on the left side tires.

Until that moment, reports Pinkston, mission control was in communication with the astronauts, alerting them about the data problem – and Columbia acknowledged with a final "Roger, uh ..."

Then all data transmission stopped.

Earlier Sunday, NASA administrator Sean O'Keefe named a former Navy admiral to oversee an independent review of the accident, and said investigators initially would focus on whether a broken-off piece of insulation from the big external fuel tank caused damage to the shuttle during liftoff Jan. 16 that ultimately doomed the flight 16 days later.

"It's one of the areas we're looking at first, early, to make sure that the investigative team is concentrating on that theory," O'Keefe said.

The insulation is believed to have struck a section of the shuttle's left side.

One theory is that the insulation may have damaged heat tiles that protected the left wing. This would have become an issue when the shuttle re-entered earth's orbit, says CBS News Space Consultant Bill Harwood.

"If there had been a compromise in the heat shield protection system and the heat actually got into the subsurface, underneath those tiles, that would lead to a bad day pretty quickly,'' said Harwood. "Whether or not the debris that was seen after the launch contributed to that, is not yet known."

Speaking Sunday morning on the CBS news program Face The Nation, O'Keefe described the care that NASA is taking to recover the debris.

"A wide range of federal environment plus the state and local law enforcement officials and local services groups are helping us secure the evidence, to assure that there is no tampering with the evidence so we can make a determination of exactly what did happen.

O'Keefe said an independent commission -- made up of experts from the Air Force, the Navy, the Transportation Department and other agencies -- will study the accident. It will be headed by Admiral Harold Gehman who looked into the deadly attack on the USS Cole in Yemen in October of 2000. 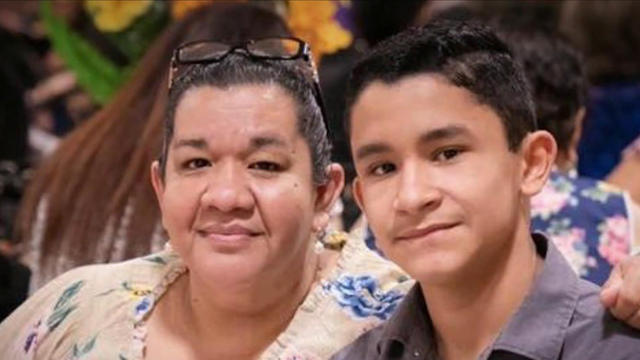