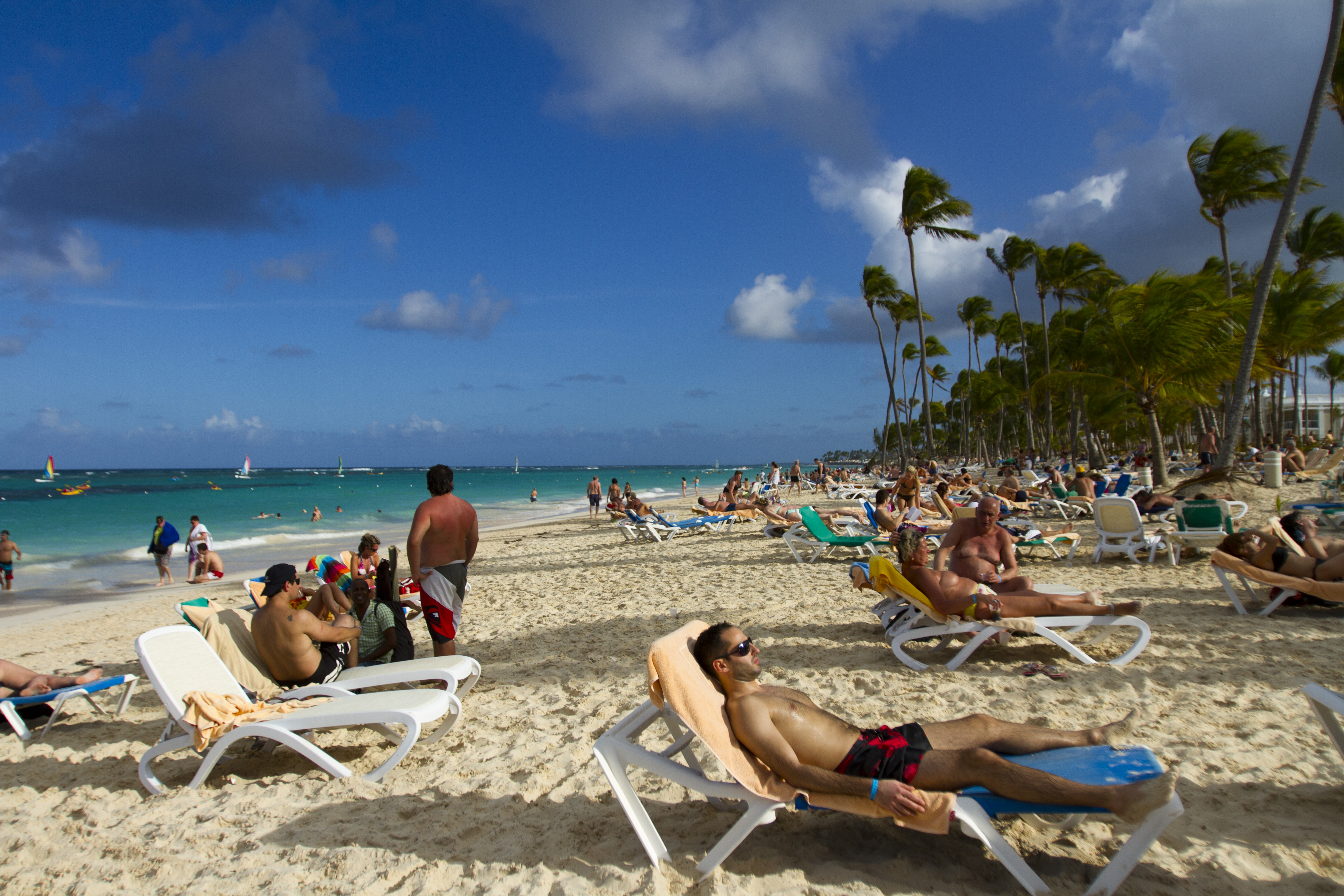 CHICAGO - Shannon Frauenholtz has had it with winter. Barely able to stomach the television news with its images of snowbound cars, she heads to the tanning salon, closes her eyes and imagines she's back in Mexico, where she's already vacationed once this winter.

She's toyed with the idea of joining her mother in Hawaii or just driving to an indoor water park, figuring that while the palm trees might be plastic and the "beach" smells of chlorine, at least it's warm.

All over the Midwest and the East Coast, travel agents are being inundated with a simple request: Get me out of here. And travelers fortunate enough to have escaped are begging hotels to let them stay a little longer.

Because they know how miserable people are, warm-weather destinations in California, Arizona and Florida have stepped up their enticements. Trains and billboards in Chicago have been plastered with ads showing beaches and pool scenes. In Philadelphia, one promoter put fiberglass mannequins dressed in flip flops, tank tops and shorts atop taxis with their arms outstretched - a whimsical inducement to "fly" south.

Reminding Americans that there are places where nose hairs don't freeze is an annual tradition. But those in the business of luring visitors to warmer climates say it's rarely been easier than this season, when "polar vortex" has entered the everyday vocabulary and "Chi-beria" has become popular enough to emblazon on T-shirts.

"This year we wanted to have a little more fun with it," said Susannah Costello, of Visit Florida, the state's official marketing organization, which came up with the mannequin idea.

"We did that because we knew winter was shaping up to be brutal," she said.

Not that people needed much reminding of the harsh conditions.

"The winter is so bad, there is a certain amount of desperation," said Alex Kutin, an Indianapolis travel agent. "They come and say, 'I've got to get somewhere warm. Where do you recommend?'"

Kevin Tuttle, of Verona, Wis., was so intent on finding warmth that he decided against Florida out of fear that the polar vortex might reach down and find them there. Instead, he and his wife will take their 4-year-old son and 5-year-old daughter to Manzanillo, Mexico, a resort on the Pacific ocean.

"That's near the equator, right? It's got to be pretty warm," Tuttle said, adding that "a lot of sand castles are in my future."

Just how many more people are trying to get out of the ice box is unclear. Airlines do not release any route-specific data. And although the government tracks some of it, figures will not be released for six months.

But other travel statistics suggest there has been a jump, including figures from Visit Florida that show hotel bookings in Florida rose 3 percent in the four weeks ending Feb. 15 compared with the same period last year.

The jetsetter.com travel site found that the number of hotel bookings in warm-weather spots made by customers from Illinois, New York, Massachusetts and the Washington, D.C., area rose 7 percent in January compared with last year.

Travelers are also staying longer once they arrive.

Micah Hilgendorf said the thought of heading back to ice-covered Chicago, where he owns a couple of bars, prompted him to tack on three days in Florida before and after a cruise out of Miami. He also flew to Palm Springs, Calif., for four days.

"All of that is last-minute because of the weather," Hilgendorf said.

Dave Knieriemen, a retired engineer from Fremont, Ohio, is doing the same thing.

"We've reserved a room for another night in case our flight gets canceled because of the weather," he said this week from Arizona as he watched the Cleveland Indians play a spring training game. "And it's so horrible (in Ohio) we might stay a bit longer, anyway."

Travel agents say the numbers of travelers would be even higher if all those who wanted to get away could find a seat on jets that are already full.

"It's far easier to find people a resort to stay in or a cruise ship than to find them a flight," said Gail Weinholzer, of AAA in Minnesota.

The inability to find a flight, afford a trip or get time off from work has sent a surge of customers to businesses closer to home that can offer even a short escape from the cold, such as tanning salons.

"We're getting a lot of people coming in here to warm up," said Kirstin Leffew, the manager of Bronze Bay Tanning in Pendleton, Ind. "They want the beds that have been used the most, the ones that are nice and hot."

Indoor water parks say they are busier than usual, too. Joe Eck, general manager of the Wilderness Resort in the Wisconsin Dells, said business is up 10 to 15 percent because of the bitter cold.

Among those who decided to go to the Wilderness - which has real palm trees, the resort will remind you - were Jennifer Drost and her family.

"Our kids are young enough where they still enjoy playing outside, but they haven't been able to because it was so darn cold," said Drost, who lives with her husband and three children in Fond du Lac, Wis. "All of us were getting on each other's nerves, (and) we just needed to get out of the house."