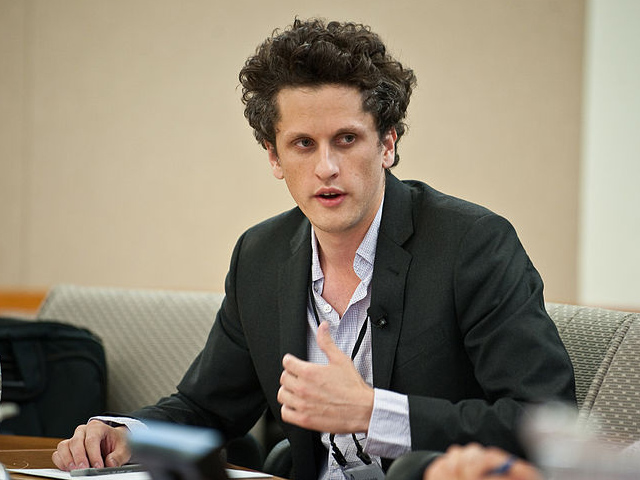 Pictures: 11 cities that want to be the next Palo Alto

By most indications, tech companies in this hub of innovation are humming along, even as two of its rising stars endure steep declines in their stock prices that have wiped out more than $60 billion in wealth in the past six months.

Companies catering to mobile devices, business software and data management products are thriving, while longtime Silicon Valley stalwarts such as Apple and Google remain among the most revered brands in the world.

"Nothing has fundamentally changed about the opportunities that are possible," says Aaron Levie, CEO of Box, an online data-storage company based in Los Altos, Calif.

The optimism in Silicon Valley can be seen in a variety of ways in this area that covers roughly 40 miles from San Jose to San Francisco:

Silicon Valley startups raised $3.2 billion from venture capitalists during the April-June quarter, far more than in any other part of the U.S as tracked by the National Venture Capital Association. Venture capital flowing into Silicon Valley increased by 4 percent from the same time last year, while it dropped 12 percent nationwide.

- Apartment rents in San Francisco have soared beyond the lofty levels of the original Internet boom more than a decade ago. This time, it's being driven by well-paid software engineers and Web designers who are flocking to Silicon Valley.

San Francisco apartments rented for an average of $2,734 in June, up 13 percent from a year ago. Renting in San Jose - the region's largest city - was less expensive, but even there the average lease cost $1,811 a month, a 10 percent increase from last year.

- Computer coding programmers still command top dollar for their services because there aren't enough of them to meet demand.

Jeremy Stoppelman, CEO of the 8-year-old online reviews service Yelp Inc., said his company is always behind on its hiring goals for software engineers.

"There is no one who is like `Oh, we have all the engineers we need and we don't need more,'" he says. Competition is fierce from all sides - massive companies such as Google and Facebook, tiny startup incubators and everything in between.

"And there is attrition," Stoppelman says. "From what I gather from engineers, two, three times a week they get calls from recruiters."

Google now pays its engineers an average of $142,000, up from just under $104,000 in 2008, Glassdoor calculated. During that time, Google's workforce has swelled by 70 percent to about 34,000 employees, including thousands of engineers working at or near its headquarters in Mountain View, Calif.

Facebook still plans to transform its Menlo Park headquarters into the equivalent of a small town that is supposed to eventually house 6,000 workers. The social networking leader has hired famed architect Frank Gehry to design a 420,000-square-foot warehouse that will feature a garden growing across its roof. Plans also call for a town square featuring restaurants, a bike shop and health clinic.

Levie moved Box from Seattle several years ago because he believed his company had to be in Silicon Valley to succeed. Box now employs about 500 workers and raised $125 million this summer. Levie is just 27, a few months younger than Facebook founder Mark Zuckerberg, who turned 28 the week his company went public in May.

Echoing an oft-repeated Silicon Valley ethos, Levie says startups are much more focused on their long-term prospects than their performance from one quarter to the next.

Wall Street, though, isn't known for its patience. Investors' fixation on short-term results has left Facebook's stock trading at about half of its initial public offering price, while Zynga's stock has lost more than two-thirds of its value.

Driven by the hype leading up to its IPO, Facebook Inc. opened with a stock price of $38 and a market value of $104 billion. Less than four months later, share prices have lost half their value.

Investors have been unhappy that Facebook's revenue growth is slowing, seen as a sign the company won't be able to make as much money as more people use Facebook on mobile devices, where there is less room to show ads. The worries have hammered Facebook's stock, even though many analysts still see the company as a solid long-term investment.

"The challenge of the public markets is that it has the ability to create a lot of these near-term distractions if you start paying attention to the day-to-day stock price changes," Levie says. "A lot of those day-to-day changes have no bearing or relevance on the ultimate opportunity for your business."

Facebook has consistently declined to talk about its stock price. But CFO David Ebersman told analysts in July that "obviously we're disappointed about how the stock has traded."

"But I think the important thing for us is to stay focused on the fact that we're the same company now as we were before," he added.

Zuckerberg will get a chance to muse about Facebook's fall on Tuesday when he is scheduled to speak at a technology conference in San Francisco.

Zynga Inc., the maker of "FarmVille," "Mafia Wars" and other games that first became popular on Facebook, appears to face more uncertainty.

The San Francisco company is losing money and players while facing stiff competition as more games are played on mobile devices instead of personal computers. CEO Mark Pincus insists the company will rebound, though many analysts consider Zynga hopelessly adrift. Zynga's shares are now hovering around $3, down from a peak of nearly $16 in early March.

Nonetheless, there are nothing but good vibes emanating from many other technology companies in Silicon Valley and San Francisco.

Even as Zynga employees watch the value of their stock options deflate, the 65 or so workers at Pinterest are settling in to the online scrapbooking service's new San Francisco headquarters just a block away. Around the same time Facebook went public, Pinterest raised $100 million from investors who valued the company at $1.5 billion, according to several media reports.

Meanwhile, iPhone maker Apple has established itself as the world's most valuable public company - ever. It hit another all-time high Monday as anticipation builds for Wednesday's expected unveiling of the latest iPhone.

Bankruptcy loomed at Apple in the mid-1990s until exiled co-founder Steve Jobs returned.

Today, Apple boasts a market value of about $630 billion and is riding a wave of culture-shaping innovation that Jobs unleashed with the development of the iPod, iPhone and iPad before he died last year.

"But when we see something heading down fast, the next wave can be heading up very quickly," he says.

Professional networking service LinkedIn, whose IPO preceded Facebook's by a year, has become the best-performing Internet stock to go public since the start of 2011, according to Dealogic, a research firm. LinkedIn is doing so well that it recently signed a lease to expand into Sunnyvale, Calif., offices spanning 560,000 square feet beginning in 2014. The additional space will enable LinkedIn to add about 3,000 more workers in Silicon Valley.

Some of the best examples include Silicon Valley-based software companies Palo Alto Networks, ServiceNow and Splunk.

All have seen their value grow by more than half since their IPOs this year, even as IPOs of better-known companies such as Facebook proved to be a disappointment.

The difference? Rather than focusing on consumers whose tastes can be finicky and rise and fall with trends, these three court corporations and government agencies as customers. Palo Alto makes firewall technology that protects computer networks, ServiceNow's software automates technology operations and Splunk's analyzes massive amounts of data.

"You can make a lot of money selling stuff that nobody understands," jokes Ben Horowitz, who went through the first Internet boom as an executive at Web browser pioneer Netscape Communications during the late 1990s. He's now a partner at the venture capital firm Andreessen Horowitz.

On average, the 60 technology companies that have gone public since the start of 2011 had seen their stock price increase by 11 percent through August, according to Dealogic. That was slightly better than the 9 percent gain posted by the Standard & Poor's 500.

Even companies that have seen their market values grow know they can't afford to slow down.

Splunk's stock price has more than doubled to about $37 since its April IPO, which Chief Marketing Officer Steve Sommer says "makes everyone feel good."

But he says signs posted around the company's San Francisco office remind employees that they are at "mile 3 of the marathon."

"It does feel good to have a successful stock price (to) look at, but everybody is focused on what we can do to get to mile four, five," he says.