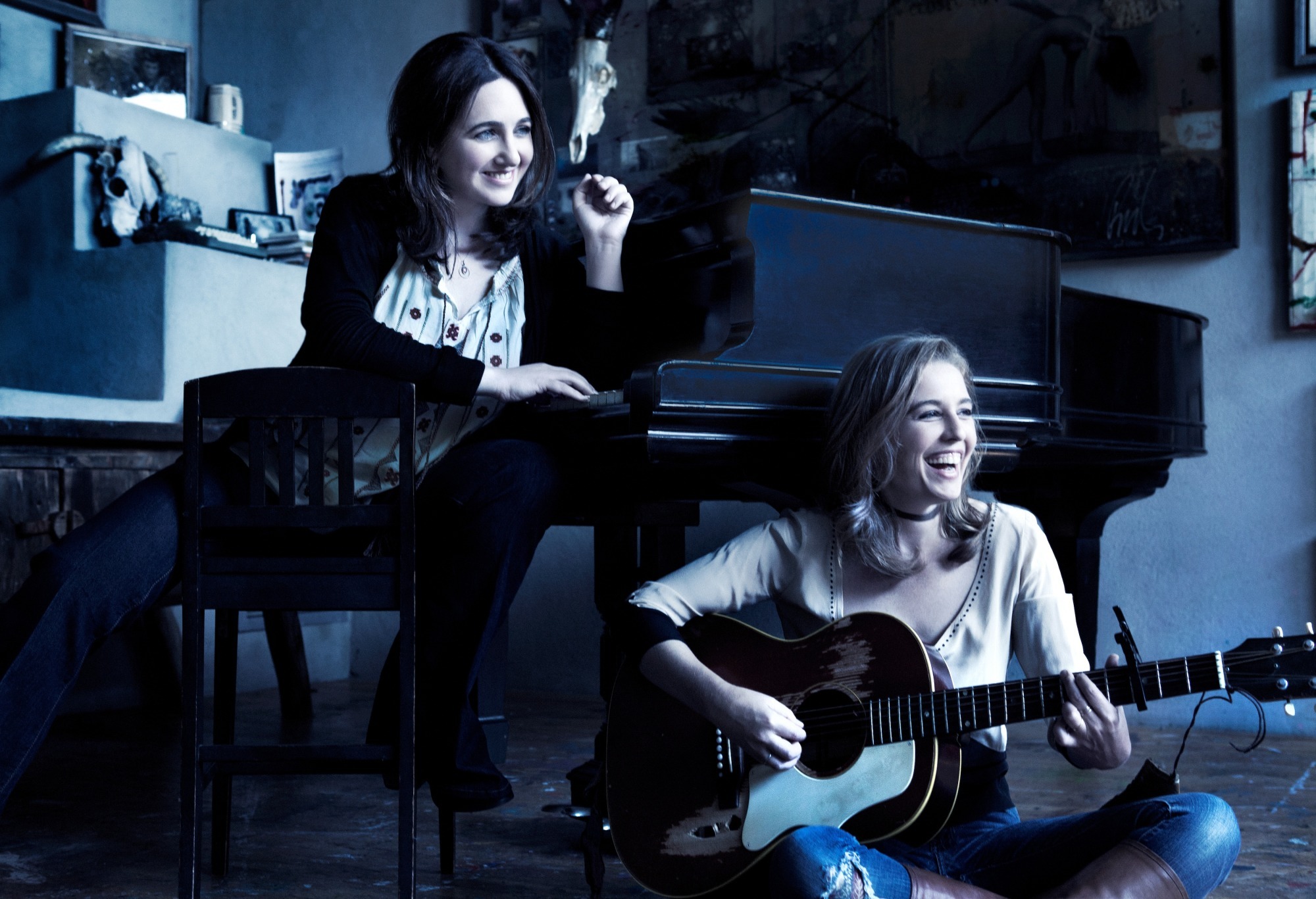 A couple of years ago, singer-songwriter Tift Merritt interviewed classical pianist Simone Dinnerstein for the classical music magazine, Gramophone. As Dinnerstein now recalls, the publication's idea was to have an artist from a different musical genre interview another.

"We both listened to each other's music in preparation for that interview," she told CBSNews.com. "And then during the course of talking, we came to really like each other a lot. We became friends. Our musical collaboration came after becoming friends."

Fast forward to today, and the collaboration between Dinnerstein and Merritt has led to their new album, "Night," which comes out on March 19 on Sony Classical. A very stark and warm intimate-sounding recording that melds the worlds of classical and contemporary music, "Night" draws on material from artists as diverse as Franz Schubert, Billie Holiday, Johann Sebastian Bach and Leonard Cohen. It also features compositions by Merritt, jazz pianist Brad Melhdau and singer Patty Griffin that were specifically written for this project. Both Dinnerstein and Merritt will embark on a tour for the record starting March 18 in Germany through July 16 in Colorado.

Working with Merritt marks the first time that Dinnerstein has professionally collaborated with a non-classical performer. The music for "Night" was born out of the artists' performances at Duke University two years ago with the support of Aaron Greenwald, the executive director of Duke Performances. "We had a mini-residency down there," said Dinnerstein, "and he helped with brainstorming about songs that we'd do, he also helped with commissioning some composers that we wanted to write us songs, and then we went down there and rehearsed and gave our first two concerts together. Then we went on a short tour after that. So the recording really comes from the concerts, and we really think of the recording as being almost like a song cycle."

Dinnerstein, who is best-known for her 2007 album "The Goldberg Variations," acknowledges that the concept of the new record is based on night. "It is a time when you feel free to be a little bit more experimental," she said, "and so we used that as a jumping off point. We started doing lots and lots of songs together and listening to songs and then working on songs. What we noticed was that certain songs really spoke to each other, and so we started to group songs into sets. When we put together the album, we really had that idea in mind."

The new album opens with Merritt's gentle "Only in Songs" that later segues into Schubert's "Night and Dreams," which adds a harmonica on top of it. "I thought it would be so interesting during at some point in the song if the piano took over the melody," said Dinnerstein of "Night and Dreams," "and [Tift] harmonized on the harmonica. So that was really the first kind of vision that I had of how our collaboration would work. And sure enough, when we were working on the song, it really sounded like how I had envisioned it and it was really exciting."

One of the instrumental showcases for Dinnerstein on the record is her performance of "The Cohen Variations," composed by Daniel Felsenfeld and features the music of Leonard Cohen's famous work "Suzanne." "I asked Danny to write a piece of music using "Suzanne," which is really one of my favorite songs," Dinnerstein said, "but I said I wanted it to be in the vein of a contemporary classical piece. I think he really succeeded in bringing the song into that palate of contemporary music."

For "Night," Merritt reworked the gorgeous-sounding song, "Feel of the World," which was originally on her 2010 album "See You on the Moon." "I've noticed when I see Tift do solo shows where she's just playing the guitar and singing," " said Dinnerstein, "that she has a kind of intensity and rawness to her singing, which is different than she's playing with a band. Not to say that she doesn't have that intensity with the band, but I feel like there's something about her by herself that I've always found particularly compelling. It seems like she's both incredibly strong and intense, and at the same time extremely vulnerable. And I think in that version of "Feel of the World," we were able to get to that place together."

"Night" concludes with the duo's rendition of Johnny Nash's '70s pop classic "I Can See Clearly Now." "We felt that it was important to be looking at the next day," said Dinnerstein. "It's a pretty intense group of songs and it can get quite dark. It seemed that it would be so nice to end on a hopeful note."

In working with Merritt, Dinnerstein called her one of the most committed artists she's ever known. "I'm speaking for her," she said of Merritt, "but I think she sees herself as a writer. The words are really the most important part for her of the songs. And that's interesting to me because I think of her singing very much as being a very vital part of it. She has a really beautiful voice, but she's somebody who's really focused on words. It's been a real growing experience for me working with her."

As for the possibility of incorporating contemporary material into her own repertoire, Dinnerstein said that she would have to be careful on how she would approach that. "I think the thing I particularly love about what Tift and I did," she said, "is that it really doesn't feel like crossover or even fusion. It feels like something new to me. I could see my program developing over the years in doing things like that, but I can't quite imagine yet how that would take shape. I think if you did it the right way it could work, but it has to be well done."