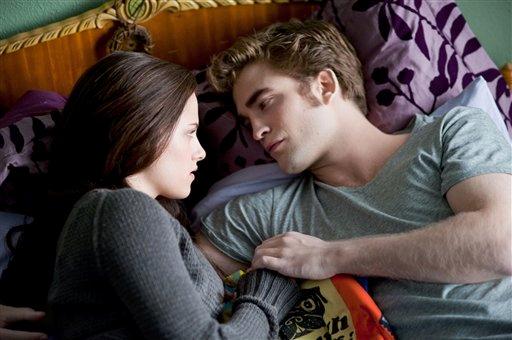 Alfred Portale is considered one of the most influential chefs working in New York City.

He has been overseeing the kitchen at the Gotham Bar And Grill for an unbelievable 20 years.

He is younger than most of the people he trained, including Bill Telepan (Judson Grill), Tom Valenti (Ouest, 'Cesca), Tom Colicchio (Gramercy Tavern), David Walzog (Michael Jordan's Steak House, The Strip House), and Gary Robins(The Biltmore Room) - all chefs who have appeared on The Early Show or The Saturday Early Show.

On Tuesday's The Early Show, he prepares these easy, streamlined recipes from his third cookbook, "Simple Pleasures."

Remove the filets from the refrigerator 30 minutes before cooking and season them all over with salt and pepper.

Warm the canola oil in a heavy-bottomed sauté pan set over medium-high heat. Add the filets and sear well on both sides, 3 to 4 minutes per side.

When all sides of the filets are brown, add 2 tablespoons of the butter, the rosemary, and thyme to the pan, and reduce the heat to medium-low. Baste the steaks continually with melted butter while they cook, taking care to not let the butter brown. Cook for approximately 14 minutes for rare, 18 minutes for medium-rare, and 20 minutes for medium, depending on the thickness of the filets. When the beef is done, transfer the filets to a plate and cover them loosely with foil to keep them warm.

Pour off all but 2 tablespoons of fat from the pan. Add the shallots and cook for 2 minutes, then add the Madeira and cook, scraping up any flavorful bits stuck to the bottom of the pan. Add the stock, raise the heat to high, and cook until reduced by three-fourths, or until lightly thickened and nicely flavored.

Strain the sauce through a fine-mesh strainer set over a bowl, return to the pan over medium-low flame, and whisk in the mustard, then the remaining 2 tablespoons of butter, 1 piece at a time. Season to taste with salt and pepper.

Place each filet in the center of a dinner plate and spoon some sauce over each serving.

Fill a large bowl halfway with ice water.
Pour the cream into a pot and bring it to a boil over high heat. Immediately remove the pot from the heat, add the salt and pepper, then add the spinach and stir until wilted. Rest the bottom of the pot in the ice water and stir the spinach to cool it as quickly as possible.

When the spinach-cream mixture is cool, whisk in the eggs. Puree it with a hand blender or in a conventional standing blender. Strain it through a fine-mesh strainer set over a bowl, taste it, and correct the seasoning if necessary.

Set 6 buttered ramekins in a roasting pan without crowding. Divide the custard among the ramekins. Pour warm water into the pan and halfway up the sides of the ramekins. Bake in the preheated oven for 25 minutes. Turn the pan 180 degrees in the oven and bake an additional 30 minutes or until custards are set around the edges but still a little shaky in the center.
Un-mold the custards onto a serving plate. Drizzle with extra-virgin olive oil and lightly dust with grated cheese and a few grinds of black pepper.

20 large garlic cloves
1 tablespoon extra-virgin olive oil
Coarse salt and freshly ground white pepper to taste
Preheat the oven to 325 degrees F. Put the garlic in a small baking dish and toss with the oil and 1 tablespoon of water. Season with salt and pepper, cover with aluminum foil, and bake until the garlic is tender, 25 to 35 minutes. When cool, squeeze the garlic out of its skin and mask with a fork. One large head of garlic will yield about 3 tablespoons of puree; a sweet condiment that can be stirred into soups, risotto, and other dishes.

Pour 2 tablespoons of water into a bowl. Sprinkle the gelatin over it and let it bloom. Fill a large, wide bowl halfway with ice water and set aside.

Pour the eggnog into a saucepot set over medium heat and bring it to a simmer. Immediately remove the pot from the heat and whisk in the gelatin. Set the bottom of the pot in the ice water and stir until slightly cooled.

Divide the eggnog mixture among six 6-ounce ramekins, cover with plastic wrap, and refrigerate for at least 3 hours.

To serve, dip the ramekins in warm water for 2 seconds to loosen each panna cotta from its mold. Invert each ramekin in the center of a dessert plate. (It may be necessary to shake gently to release the custards.) Spoon some sauce and cherries over and around each panna cotta and garnish with mint sprigs.

Put the dried cherries and 2 tablespoons of the sugar in a small pot. Add the apple juice and brandy and set over medium heat. Bring the juice to a simmer and cook gently until the cherries are softened, about 15 minutes. Remove the pot from the heat, cover, and set aside.
Put 2/3 cup of the sugar and 3 tablespoons of water into a small, heavy-bottomed pot. Set over medium-high heat and bring the water to a boil, stirring to dissolve the sugar. While the sugar is cooking, measure the liquid from the cherries. There should be 1/2 cup. If there is less, add more brandy or apple juice; if there is more, discard the excess. Dip a small brush in water and brush down any crystals on the sides of the pot. Keep stirring until the mixture caramelizes to a rich golden brown.

When the sugar reaches the desired color, remove the pot from the heat and carefully add the cherry liquid to stop the cooking. (Expect it to sputter and boil a bit.) Return the pot to medium-low heat and stir. Add the cherries and lemon juice.

This sauce will thicken as it cools to room temperature. Its consistency can be adjusted by adding a splash of brandy or apple juice. Refrigerate if not using in the next several hours. It will keep for up to 1 week.