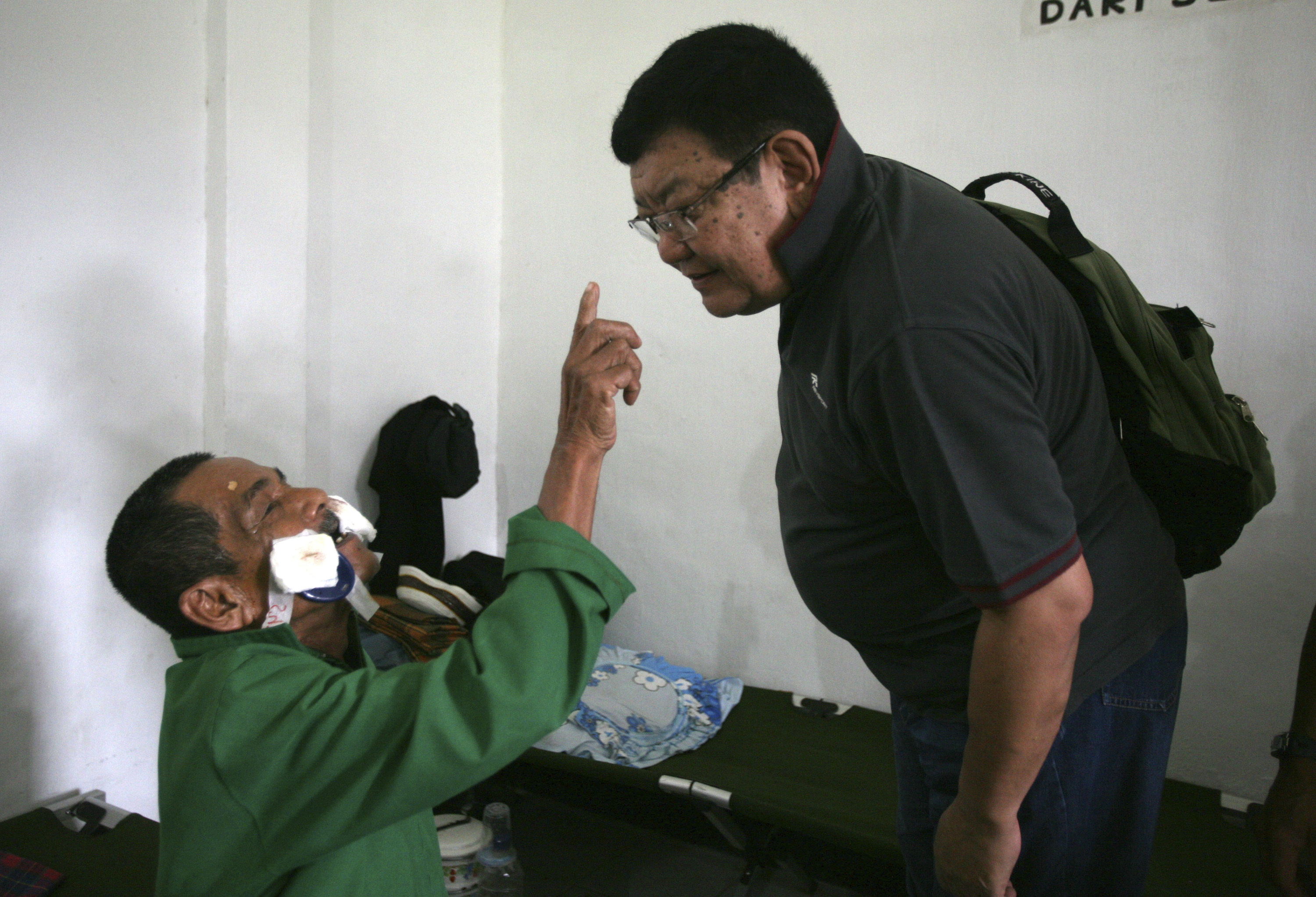 PADANG SIDEMPUAN, IndonesiaThey came from the remotest parts of Indonesia, taking crowded overnight ferries and riding for hours in cars or buses - all in the hope that a simple, and free, surgical procedure would restore their eyesight.

Many patients were elderly and needed help to reach two hospitals in Sumatra where mass eye camps were held earlier this month by Nepalese surgeon Dr. Sanduk Ruit. During eight days, more than 1,400 cataracts were removed.

The patients camped out, sleeping side-by-side on military cots, eating donated food while fire trucks supplied water for showers and toilets. Many who had given up hope of seeing again left smiling after their bandages were removed.

"I've been blind for three years, and it's really bad," said Arlita Tobing, 65, whose sight was restored after the surgery. "I worked on someone's farm, but I couldn't work anymore."

Indonesia has one of the highest rates of blindness in the world, making it a target country for Ruit who travels throughout the developing world holding free mass eye camps while training doctors to perform the simple, stitch-free procedure he pioneered. He often visits hard-to-reach remote areas where health care is scarce and patients are poor. He believes that by teaching doctors how to perform his method of cataract removal, the rate of blindness can be reduced worldwide.

Cataracts are the leading cause of blindness globally, affecting about 20 million people who mostly live in poor countries, according to the World Health Organization.

"We get only one life, and that life is very short. I am blessed by God to have this opportunity," said Ruit, who runs the Tilganga Eye Center in Katmandu, Nepal. "The most important of that is training, taking the idea to other people."

During the recent camps, Ruit trained six doctors from Indonesia, Thailand and Singapore.