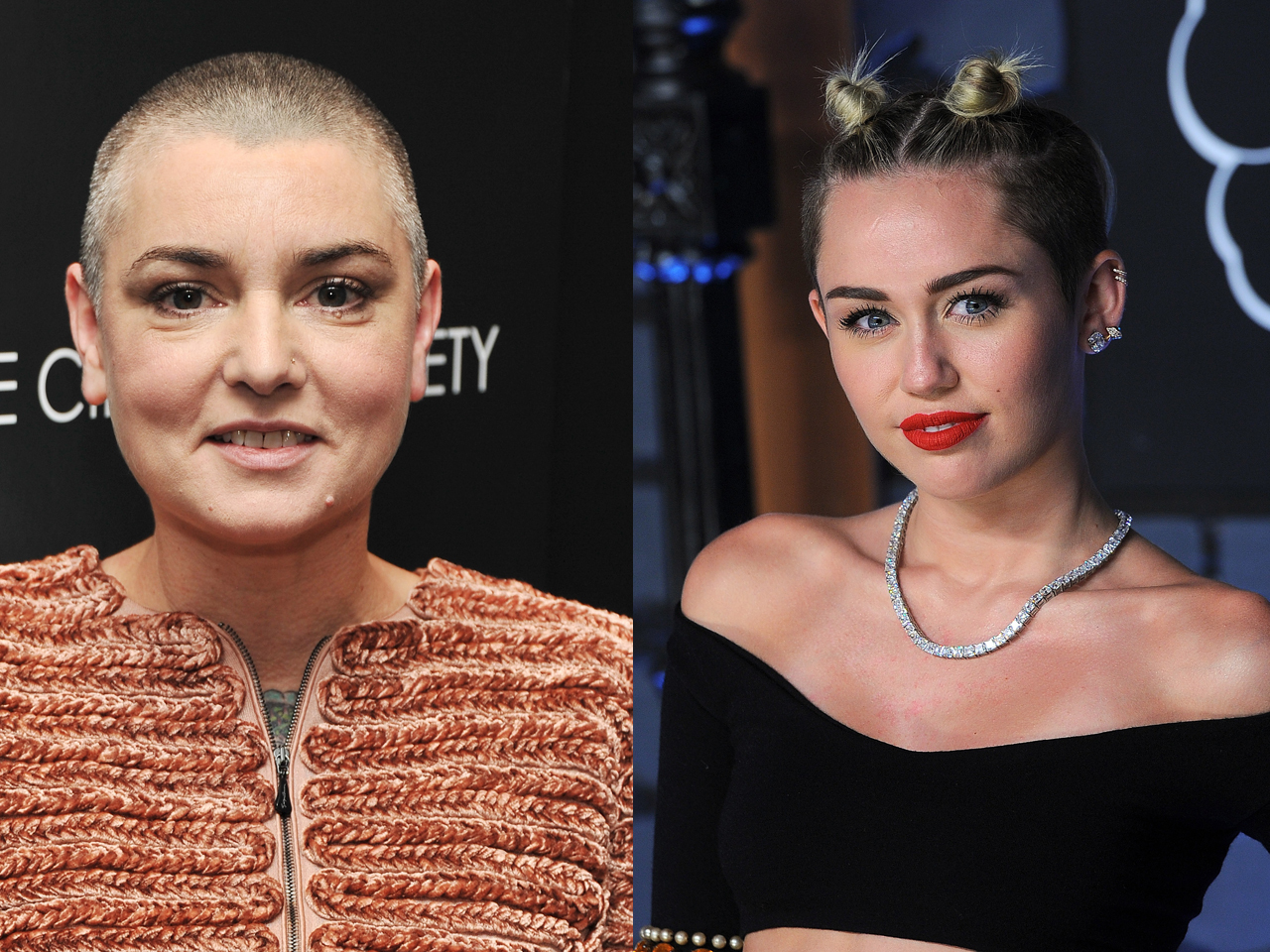 Nothing compares to a dose of harsh truth, and that's exactly what Irish singer-songwriter Sinead O'Connor gave to troubled singer Miley Cyrus. In response to Cyrus' recent Rolling Stone cover story, in which she explained that O'Connor's iconic music video for "Nothing Compares 2 U" helped inspire her "Wrecking Ball" video, O'Connor, 46, penned an open letter to her on her official website that really let the former Disney star have it.

In the "spirit of motherliness," she writes:

"I am extremely concerned for you that those around you have led you to believe, or encouraged you in your own belief, that it is in any way 'cool' to be naked and licking sledgehammers in your videos. It is in fact the case that you will obscure your talent by allowing yourself to be pimped, whether it's the music business or yourself doing the pimping.

Nothing but harm will come in the long run, from allowing yourself to be exploited, and it is absolutely NOT in ANY way an empowerment of yourself or any other young women, for you to send across the message that you are to be valued (even by you) more for your sexual appeal than your obvious talent.

I am happy to hear I am somewhat of a role model for you and I hope that because of that you will pay close attention to what I am telling you.

The music business doesn't give a sh- about you, or any of us. They will prostitute you for all you are worth, and cleverly make you think its what YOU wanted.. and when you end up in rehab as a result of being prostituted, 'they' will be sunning themselves on their yachts in Antigua, which they bought by selling your body and you will find yourself very alone."

And while most of O'Connor's letter is strongly worded to say the least, she does express some admiration for the young singer, saying that she does think that Cyrus has talent.

"You have enough talent that you don't need to let the music business make a prostitute of you." Continuing, "Your records are good enough for you not to need any shedding of Hannah Montana. She's waaaaaaay gone by now. Not because you got naked but because you make great records."

Cyrus responded to O'Connor on Twitter, comparing her to troubled actress Amanda Bynes. She also referenced O'Connor's 1992 visit to "Saturday Night Live," when she famously ripped up a photo of Pope John Paul II.

Perhaps it's about time that someone said something to Cyrus, but do you think this was the right forum? Let us know what you think of O'Connor's words in the comments below.