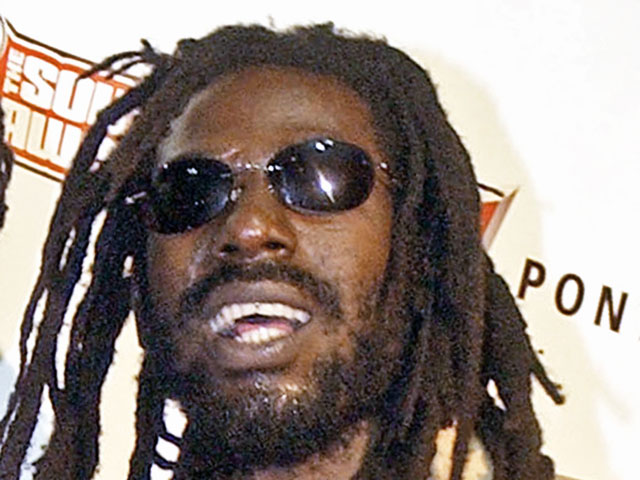 (CBS/AP) TAMPA, Fla. - He won a Grammy last week for best reggae album but it may be another 15 years before Buju Banton releases a new record. The singer was convicted Tuesday of conspiring to set up a cocaine deal in 2009.

A federal jury returned its verdict after deliberating for 11 hours over two days on the fate of Banton, who won a Grammy last week for best reggae album for his work entitled "Before the Dawn." He was found guilty of three of four charges, and his attorney said he's facing at least 15 years in prison.

The 37-year-old Banton, whose given name is Mark Myrie, remains wildly popular in his native Jamaica and his trial was packed with supporters who included other well-known reggae artists.

The tall, dreadlocked singer didn't react when a clerk read the verdicts. He stood, hugged his attorneys, then turned around and blew kisses to his supporters in the courtroom and told them: "Thank you." A woman yelled out "We love you, Buju!" as U.S. marshals led him away.

"Obviously we are all upset and disappointed and emotional," said Banton's attorney, David Markus of Miami. "The only person who seems to be OK is Buju. He told us he was happy that he fought, knowing he was innocent."

Markus said he plans to appeal the conviction and will file a motion to try to get Banton out of jail on bond in the meantime.

Prosecutors argued during trial that Banton portrayed himself as a broker of drug deals in several conversations with a confidential informant. Defense attorneys countered that he was simply a "big talker" trying to impress the informant, but that he wasn't involved in any drug deal.

Much of the case hinged on meetings and phone calls that were video- and audio-taped by the confidential informant, who was working with the Drug Enforcement Administration and who made $50,000 in commission after the bust.

In one video, Banton could be seen tasting cocaine in a Sarasota warehouse on Dec. 8, 2009 but he was not present during the actual drug deal on Dec. 10 that led two others to be arrested. Those two men later pleaded guilty.

This was Banton's second trial. A jury deadlocked in his first trial last year.

No date has been set for his sentencing.