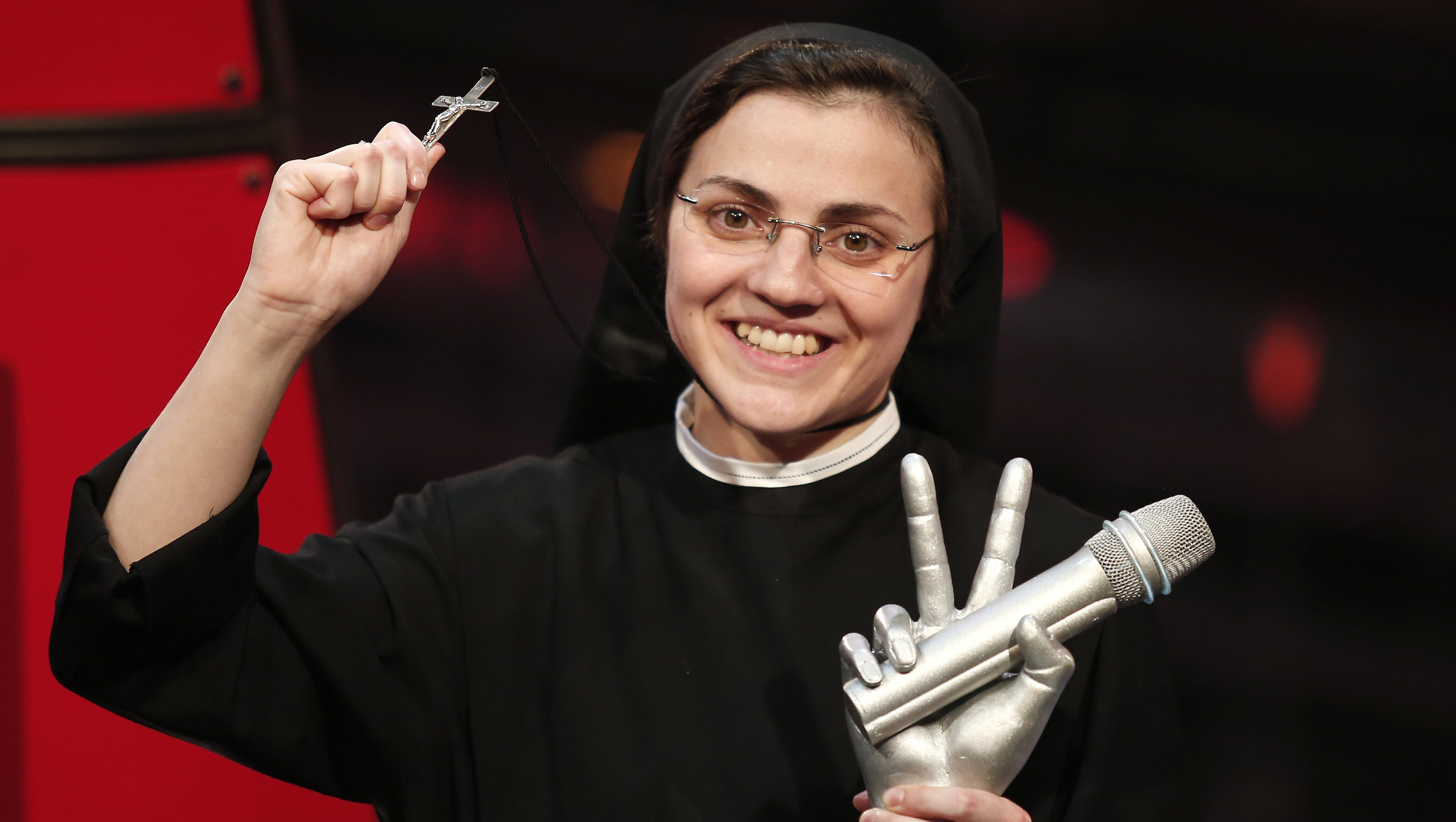 A singing nun who became an Internet star for her unadorned pop song performances in full habit has triumphed at Italy's version of musical competition "The Voice."

Sister Cristina Scuccia clinched the top prize early Friday with five songs, including a choreographed rendition of the 1980s hit "Flashdance - What a Feeling," winning 62 percent of the votes.

The 25-year-old Scuccia recited the Lord's Prayer after winning and invited the studio audience and a skeptical panel of judges to join her, saying "I want Jesus to enter here."

Scuccia became an Internet sensation from her first appearance in a blind audition on the show in March singing an Alicia Keys number. She chose bad-boy rapper J-Ax as her coach, who described the team as "the devil and holy water."