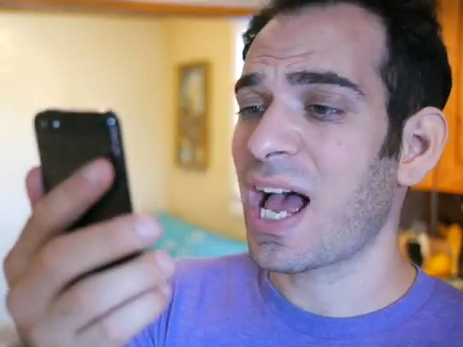 (CBS News) With all of the ongoing coverage and hype surrounding the iPhone 5, one of the most-talked about innovations from last year is being overshadowed: Siri! And her birthday is coming up.  So let's go ahead and pay tribute to the talking technology with a fun musical duet.

Honestly, it's crazy how well the song comes out considering a certain someone isn't exactly carrying her weight in the harmonizing department (cough, Siri, cough). The very clever and amusing second duet with Siri was done by musician Jonathan Mann as a birthday tribute to the Apple technology which was first released in October of 2011. And we here at The Feed would like to join Jonathan in wishing Siri a very happy upcoming first birthday!  If you'd like to check out more fun music and videos by Jonathan Mann, you can visit his YouTube page by clicking here.