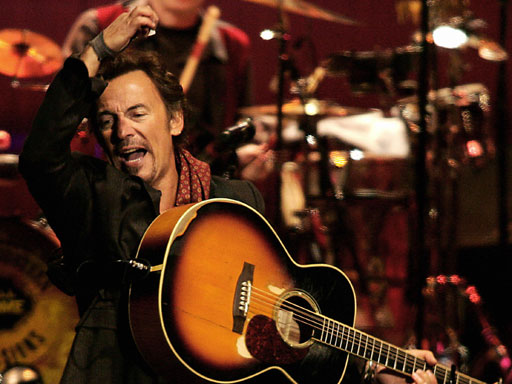 There will be no semifinal meeting this time for Venus and Serena Williams. If the sisters, dominating women's tennis this summer, face each other at the U.S. Open, it will be for the championship.

Wednesday's draw for the year's final Grand Slam tournament put third-seeded Venus, the Wimbledon champion, in the top half of the 128-player field and Serena, the defending Open champ and seeded No. 5, in the bottom.

Venus beat Serena in straight sets in the Wimbledon semifinals last month, then won the title over Lindsay Davenport.

While the women's field for the tournament that starts Monday was split fairly evenly in the two halves, the top of the men's draw came out loaded with big names.

Defending champion and top-seeded Andre Agassi will fight it out with No. 4 Pete Sampras, No. 5 Yevgeny Kafelnikov, No. 7 Thomas Enqvist, No. 9 Lleyton Hewitt, No. 13 Franco Squillari, No. 16 Nicolas Lapentti and former Wimbledon champion Richard Krajicek for a spot on the final day's program.

The bottom half of the men's draw has French Open champion and second-seeded Gustavo Kuerten and several other top players who are more comfortable on the red clay than on the hardcourts of the National Tennis Center.

The Williams sisters and Davenport, seeded No. 2 behind Martina Hingis, are the top names in a women's field swarming with U.S. players.

"There are 21 Americans in the draw," said Billie Jean King, the four-time U.S. Open singles champion and now coach of the U.S. Olympic women's tennis team. "American women's tennis is the strongest it's been in the history of the game."

Last year, the Williams sisters came within one match of fighting it out for the title. Hingis beat Venus Williams in the semifinals before losing to Serena for the championship.

Hingis is back, ad in her customary spot on top of the draw. Her first match will be against Alina Jidkova of Russia.

Serena Williams will begin the defense of her title against Slovenia's Tina Pisnik, while Venus gets underway against France's Anne-Gaelle Sidot .

Davenport, whose first-round opponent is Gala Leon Garcia of Spain, says both Williams sisters will be tough to beat. They have won four tournaments in a row.

"They hit the ball hard and serve very well," Davenport said. "They're tough. They have a lot of similarities to their game. Right now, Venus is more consistent. Serena was more consistent last summer. They both have such dangerous games."

Agassi opens against Alex Kim, a wild card from the United States. Sampras, who broke the men's record for Grand Slam singles titles with his 13th at Wimbledon, faces a fairly tough opening opponent in Martin Damm of the Czech Republic.

The top-heavy draw on the men's side doesn't mean there are no challengers in the bottom half.

Two-time U.S. Open champion Patrick Rafter, unseeded this year, lurks there. So do four former finalists: No. 10 Cedric Pioline, No. 15 Mark Philippoussis, Todd Martin and Greg Rusedski. None, however, have shown recent flashes of their winning pasts.

If the seedings hold, the men's quarterfinals would be Agassi against Enqvist, Sampras against Kafelnikov, No. 3 Magnus Norman against No. 6 Marat Safin, and Kuerten against No. 8 Alex Corretja.

"The bottom half of the draw is fairly open," said Tom Gullikson, USTA director of coaching.